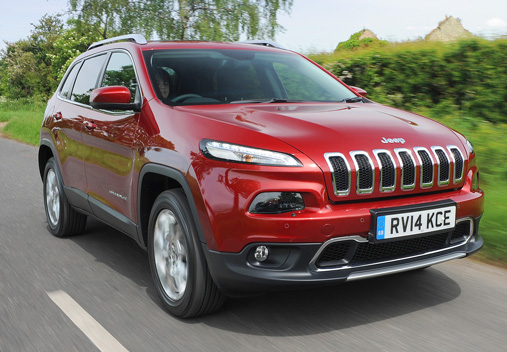 Jeep bosses say with strong investment in new products such as the Grand Cherokee and new Cherokee, improved marketing and strengthening of the dealer network, dealers recognise the significant strides that have been made in the brand’s growth in the UK.

This will be followed by the introduction of the all-new C-sector SUV in 2016. The brand will be further reinforced with product refreshes to the Grand Cherokee and Cherokee and special limited editions across the range, including the Wrangler. Jeep’s new product plan is intended to support its target of 25,000 annual registrations in the UK by 2018.

To fully exploit the potential of the new product range, Jeep  says it requires improvements in facilities, showrooms and processes and in the overall customer experience in both sales and aftersales across its network.

Jeep has created a series of mini-documentaries to showcase the capabilities and refinement of its vehicles via sponsorships of the National Geographic TV channel and Factory Media extreme sports magazine titles. It has also embraced its American heritage by sponsoring US-based interests, such as NFL football, here in the UK.

In 2014, Fiat Chrysler Automobiles launched the Mopar brand for its global aftersales business.

A predictive marketing programme called I-Connect is already delivering improved customer contact and driving additional revenue into the dealer network and a dealer incentive scheme has been introduced that rewards loyalty, performance and consistency.

In Q4, Fiat Group Automobiles will launch a new used car programme covering all FGA brands, dedicated field district managers, point of sale and a new website to support both consumer search and lead generation to dealers. In 2014, FGA moved its warranty provider to provide coverage up to 10 years or 100,000 miles.

In the period to the end of June 2014, the Jeep network reported an average return on sale of 1.35%. The top quartile achieve in excess of 3%.

The results of the latest National Franchised Dealers Association (NFDA) Dealer Attitude Survey have just been published, and Jeep has shown significant improvements in a number of important areas to become the 13th most valued franchise in the UK.

Hughes of Beaconsfield is a dealer group that is excited about the future prospects for the Jeep brand.

Managing director Geoff Williams said: “Jeep is a brand with real heritage and the latest products are the best they’ve ever been.

“The new Grand Cherokee is a complete car, combining premium quality and off-road ability, and the new

Cherokee introduced this year is just as impressive.

“We’ve also driven the new compact Jeep Renegade due out in 2015 against its likely competitors, and while its rivals were very good, the Renegade’s performance both on and off-road was even better.

“Jeep already offers a range of vehicles in the SUV sector, which is one of the fastest-growing market segments in Europe, but also has a number of exciting new models in the pipeline.”