Tesla: no room for UK dealers (or aftersales profits)

Was this article useful?
7 people found this useful
6 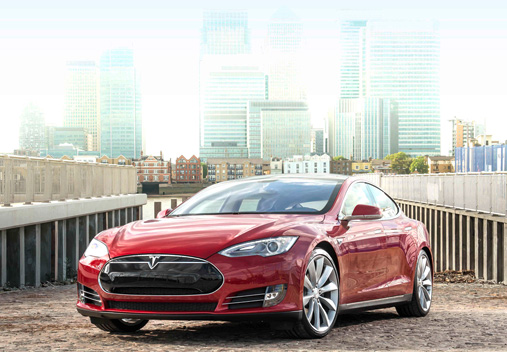 Almost a year on from opening its first UK retail location, Tesla has transformed from a company looking after a handful of Roadster models to one which is starting to build some scale. However, franchised dealers have not been invited to the party, and aftersales will not be a crucial profit centre.

Tesla launched in the UK last November with its first retail location at Westfield London shopping centre and one service centre in Acton. In July, it opened its second retail site at West Drayton, also in West London, and is looking to expand further. Sites in Manchester and Birmingham are already confirmed to start sales before the end of the year and recruitment is under way.

More manufacturer-owned retail locations will follow, with Glasgow, Newcastle and Bristol likely candidates for further retail locations. There will be more standalone service centres, too.

George Ell, Tesla UK and Ireland company director, is steering the brand in the UK through a transitional and growth period, which started with sales of the right-hand drive version of its Model S super saloon. Ell has no automotive experience, coming instead from a technology background, in which he ran start-ups across Europe and also worked for Microsoft.

“There will be a massive surge in awareness when these cars are on the road and being used by customers. I’m very ambitious on sales for the UK and where we sit as a market for Tesla,” he said.

“We’re really shifting gears to becoming a company which has a vastly different scale.”

Tesla won’t reveal UK sales projections for the Model S, but  Ell did share details on the brand’s approach to retail and why the company rejects the traditional franchised model.

As Tesla’s leading retail location, the Westfield outlet will be a template for all its UK stores. The showroom is modest and has a minimalist style, very much like an Apple store.

There are colour samples on the wall, as well as examples of trim options and wheels. There are touch-screen consoles and iPad-toting product specialists – Tesla’s equivalent of sales executives.

Ell said Tesla puts as much emphasis on pointing customers to its website as it does on having them visit the physical retail locations, which it carries the cost for.