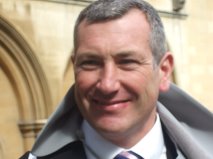 "Following the European Court decision determining that statutory holiday pay should include over time and other related allowances which are set to open the flood gates for retrospective claims, the Government has capped the claim limit to two years.

The change in the law came into effect on the January 8 which restricted employees holiday back pay claims made on or after July 1, 2015 to a maximum of two years prior to the filing date with the Employment Tribunal.

However, recent cases have indicated that back pay claims are calculated in regard to the European minimum annual legal requirement of four weeks and not the UK entitlement of 28 days (5.6 weeks) which may lead to a fortuitous reprieve for many employers.

Nevertheless, employers still face the prospect of more far reaching claims during the intervening six months until the cap comes into force, paving the way to a potential swathe of 'class action' type claims brought by unions or the more creative law firms.

Despite the Governments best efforts to limit the exposure faced by employers, which includes the removal of the loop-hole which otherwise would allow employees to use breach of contract as a head of claim to make back pay claims for up to six years, many firms still face the spectre of “commission.”

While it has been settled that where commission makes up a regular part of the employee’s wages it should be reflected in their holiday pay, it remains unclear as to precisely how this should be calculated.

A 12-week period has been referenced as a rolling average for calculating holiday pay, but this both fails to account for longer term fluctuations in commission and naturally is open to potential 'adjustments' by employers to limit or reduce their liability.

The issue is set to be resolved next month, although it is difficult to see how the Employment Tribunal will find against taking a longer term average to encompass annual bonuses and a more accurate reflection on average commission payments.

This could prove extremely costly for industries like car sales and estate agents which historically are intrinsically 'commission based' and may be cause for a rethink on their pay and reward strategy."