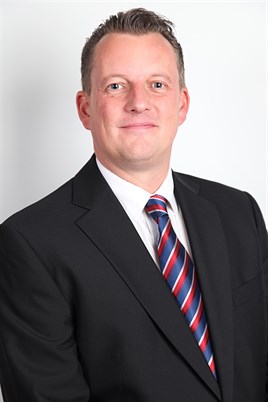 The position comes on the back of the recent announcement within the business regarding the current managing director Ray Sommerville, who has chosen to retire on June 30.

The Northampton based business, which has 46 franchised dealerships nationwide, will continue to be overseen by Sommerville in his new capacity as chief executive alongside chairman Ken Savage until the changes have taken place.

Sommerville said: “I’ve been with the business for 14 years and have helped grow turnover from £250 million to £550 million in those years. I leave the company in a strong position and in safe hands.”

Ardron is an internal appointment and his association with Perrys began at Rotherham in the sales department back in 1988, and he has since held numerous senior positions within the group including general manager at a number of key dealerships, culminating in his appointment as regional director North in 2013.

Savage said: “Darren has been a great asset to the company over many years and I am confident he will build on the work Ray has put in over the last 14 years.

“His grassroots understanding of the business means he is ideally placed to identify the business’s strength, taking it into a new chapter of growth.”

Perrys represents 14 different franchises and has locations across the country.

Ardron’s remit will include the continued development of the business through organic growth and acquisitions. A keen focus will also be to maintain and "nurture Perrys’ reputation for excellent customer care".

He said; “I’m delighted to have been given this challenge and I look forward to helping develop the Perrys business in the future. Perrys is a brand I am proud to have worked for 25 years.

"Its ongoing success can be accredited to its commitment to the core values of customer care, quality vehicles and staff retention that combine to make it a competitive, successful and progressive business.”

On Sommerville’s retirement, Savage said: “We’ve worked together successfully for many years following the management buyout in 2001. We met at Quicks Group in 1998 and Ray was an obvious candidate to join us after the buyout in order to develop the business.

"In his new role as chief executive Ray will be handing the reigns over to Darren before he retires. I know that all management and staff of Perrys will wish Ray the best of luck.”