The percentage of private new cars sales financed through dealerships by Finance & Leasing Association members reached a new high of 76.1% in the twelve months to December 2014.

Geraldine Kilkelly, FLA’s head of research and chief economist, said: “There has been strong growth in consumer motor finance provided through dealerships by FLA members over the last couple of years.  Our most recent industry confidence survey suggests that growth is likely to continue in 2015, but at a slower rate than in 2014.”

“Responsibly-provided credit has played an important role in helping consumers make essential household purchases over the last year.  Our research suggests that consumer credit will continue to grow in 2015, by between 3-4%.  Together with a recovery in household disposable incomes, this will help support economic growth in 2015.” 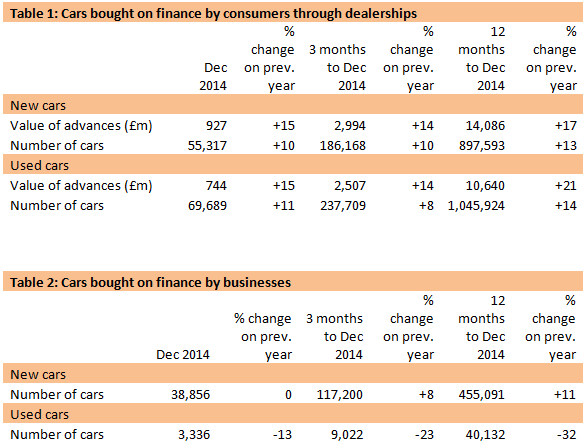