An election, low fuel prices and PCPs – why 2015 should be an interesting year 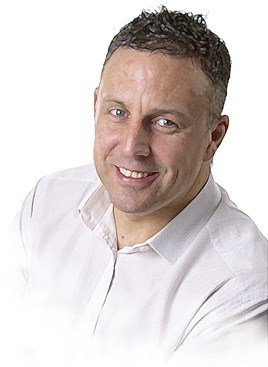 The start of a new year sees everybody looking forward to the next one as well as looking back at the 12 months which have just passed. Many will consider 2014 to have been an interesting year, with a Scottish referendum landing right in the middle of a crucial month for some, as well as the debate around how many ‘tactical registrations’ were supporting the yearly increase in new cars…

This year looks to be no less interesting, as we are already thinking about what the headline figure for new cars will be as manufacturer incentives and their focus on PCP show no signs of easing.

Other areas of topical conversation, and in many ways concerns, are the reports of continual pressures on dealer margins and what impact the price of oil is having on the industry – not forgetting the forthcoming General Election.

In the first half of 2014, many industry figures were ‘betting’ that we would achieve 2.5 million registrations for the year. Then, as September’s figures appeared and October didn’t seem to be continuing in the same vein, that outcome looked to be a dream. However, who would have guessed we only just fell short? This does raise that question yet again: what are real registrations and what are sales?

What is certain is that the manufacturers are continuing to drive retail registrations through subsidised dealer contributions. Most are increasing their support and focus on the funding scheme of choice for today’s consumers: PCP, which makes up more than 70% of retail finance agreements.

Do January sales still have merit in today’s market? Selected dealer groups are questioning whether it is sensible to invest their limited marketing spends on January sales, reducing retail prices and, therefore, potential margins. Does it actually sell more cars or does it only squeeze much-needed margins?

The findings of a ‘By Dealers, For Dealers’ survey did help support those retailers who decided not to have a January sale. Comparing January 2015 to December 2014, just over 50% of dealers reported that their margins had been squeezed compared to the previous month, and another 25% showed no sign of change. The remainder had seen some improvement.

With fuel pump prices continuing to fall, should you start to review your stock profile as buyers begin to think of ditching their economical runaround for that lifetime dream of owning a V6 or even V8 gas-guzzler?

At the time of writing, petrol prices in some areas have fallen below £1.00 per litre, but two-thirds of the dealers asked said customers were still interested in fuel economy and that no one is mentioning it in their buying process. This would suggest that consumers remain sceptical around whether the low fuel prices will have any real longevity or will return to ‘normal’ by the time they have got their heads around it.

The oil suppliers in areas such as Venezuela who need the prices to be $160 per barrel and Saudi Arabia at $70-$80 per barrel are beginning to suffer and, on our own doorstep, there are concerns starting to arise in Scotland over job security, etc.

I would suggest that both the consumer and retailers are savvy enough to realise that if there are some savings, then these could soon be absorbed in other areas such as increased VED for higher CO2 emissions, depreciation and continual concerns surrounding household income.

Yes, the man such as my neighbour, who drives his V8 and wears his ‘US-style’ jacket and cowboy boots will save a pound or two over the coming months or years. However, on the other hand, will Mr and Mrs Jones swap their economical, tax-free 1.0-litre small hatchback just because the pump prices are currently lower?

Finally, it’s General Election year again, when all the political parties start to tell us what is wrong in the world and where they can put them right!

Analysis of previous election years shows that these one-off events seldom have any quantifiable impact on overall results. Often these events are used to hide other economic factors in play and these short troughs are absorbed over the course of a year, as the Scottish Referendum demonstrated in the 2014 registration outcome.

Overall, it is business as usual. There is never a dull day in the motor industry and January has proven that. The trade is questioning whether the volumes being experienced will continue, will the retail demand keep up with stock availability and how long can the manufacturers continue to support the UK consumer’s appetite for cheap funding though PCP?

Generally, it’s good news as both online and physical activity is up compared to December, and this is in line with reports of retail and consumer demand also being better.

One thing is for sure: the dynamics will continually challenge us and the need to be aware of what’s happening in the market ‘today’ will only increase.