The new partnership will see both Sam Tordoff and Rob Collard in BMWs under the ‘Team JCT600 with GardX’ banner.

WJCT600 founder Jack Tordoff, was a successful international rally driver in the 60’s and 70’s, winning the Circuit of Ireland Rally in his Porsche 911 Carrera RS in 1973. Sam is his grandson.

He said: "I am absolutely delighted to have joined WSR and to be continuing my long-term partnership with JCT600 and GardX,” said Tordoff.

“We have already had many great times together – including a number of victories – but this is by far our biggest and most exciting challenge yet. We have proved we can achieve great things and my career would simply not be possible without their support. Now I am racing for the best team to compliment my already outstanding partners and I can’t wait to get the season underway.”

GardX is the sole supplier of vehicle protection systems to JCT600, providing exterior and interior protection solutions on all retail vehicles sold.

Victor Coutin, GardX managing director, said: “We have been proudly sponsoring Sam Tordoff since 2010, and to be able to continue this as now a headline sponsor for his and Rob Collard’s forthcoming BTCC season is a privilege, as is the association with a winning team such as WSR.”

The opening round of the 2015 Dunlop MSA British Touring Car Championship will take place at Brands Hatch on April 4/5. 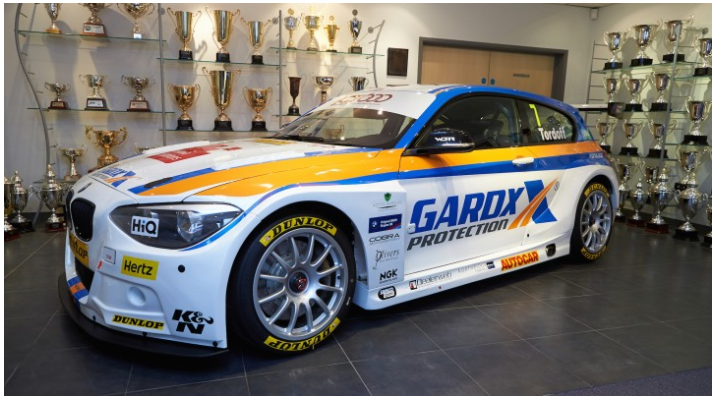