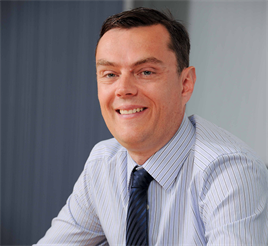 "The used car market in the UK is thriving and sales reached their highest point since 2008 in Q3 of 2014*.

The strong demand in the marketplace has, until recently, been accentuated by a tight supply of used cars, due largely to low volumes of new registrations during the financial crisis.

As the economy and consumer disposable income has improved, however, the industry has seen a massive increase in new car registrations.

But is this booming new car market going to come at a cost for the used car market?

However, fuelled by growing consumer confidence and the introduction of low cost personal contract purchase (PCP) schemes, the volume of two to five-year-old cars set to enter the used car market over the next few years is likely to be much higher than we have seen in the last three years.
Whilst the growing used car supply is currently being soaked up by strong retail demand, some industry commentators have warned that the value bubble may be about to burst as the first significant levels of PCP stock come to market.

With a predicted 350,000** additional first-time used cars due to enter the market, the concern is that supply could exceed demand for the first time in years. This could lead to a potential residual value price crash with dealers unable to sell younger used cars without discounting, eating into profit margins. Used cars will start to depreciate faster, intensifying the pressure for dealers who do not have an appropriate level of focus on stock turn.

Others, however, have dismissed these fears, arguing that whilst it is inevitable that more PCP vehicles will come to market, these vehicles will come back at different intervals so the volumes will not be large enough to adversely affect the industry. This opinion appears to be supported by the latest Experian data which shows that the sales of used cars up to three years in age increased by just 4.3% in Q3 of 2014.

It envisages that whilst franchised dealers will be able to use these schemes to retail nearly-new cars, the move could also see independent dealers competing more aggressively against PCP offers on new cars.

Today’s used car market clearly continues to prosper thanks to a shortage of stock from the low volumes of registrations during 2011.

For the time being the market remains buoyant, and we expect it to have the capacity to absorb end of contract PCP vehicles and remain relatively stable during 2015.

However, the longer term effect of the influx of cars remains to be seen. Ultimately it will be a question of supply and demand.

If, along with consumer confidence and higher disposable incomes, demand for good quality used cars continues to rise then the injection of additional vehicle stock should not hit the market as hard as many fear.

It is interesting to note the phenomenal rise in the success of PCP in recent years which has helped the manufacturers to grow new car volumes in the UK at a time when they have had significant surplus production following the woes of the Eurozone.

I have had discussions with the majority of manufacturers in the first quarter of 2015 and all have noted how successful PCP has been for them, with some quite startling levels of penetration reported (as much as 80% of total retail volume for one notable manufacturer).

Whilst the success cannot be denied in terms of assisting with pushing new volume into the market, it is somewhat concerning that the knock on impact for the used car market appears to have been paid limited regard (or at worst ignored) with an assumption that the current benign residual value environment will continue for the foreseeable future.

With very little reliable data, ultimately it is difficult to predict the true impact although it is fair to say that the UK motor trade is remarkably resilient in dealing with significant fluctuations in supply and demand in the used car market.

Perhaps not too great a cause for concern then, were it not for the increasingly distorted registration data that we have seen in both the last quarter of 2014 and appearing to accelerate further into the first quarter of this year.

A quick summation of the manufacturer 2015 targets lends me to conclude that cumulatively they believe we are on for a 2.8 million market compared to the 2.5 million vehicles registered in 2014.

Given a widely held belief that the true natural market for 2014 was closer to 2.2 million units (with the excess being soaked up in daily rental, stock building in the channel and, of course, good old pre-registration activity) then it would appear that the forcing of the market will continue.

What is critical is the point at which the manufacturers recognise that they may need to revisit their targets if the current imbalanced situation continues.

Should this not happen, then we would appear to have a perfect storm of continuing intense competition for new car offers, dealer forecourts full of the wrong late model stock, and a flood of three year old PCP vehicles returning to the market.

Against that backdrop it is a brave dealer who does not revisit his used car stocking profile and controls to ensure his business is ready to weather any storm that might be gathering."