Number of franchised workshops falls 19% in the last decade 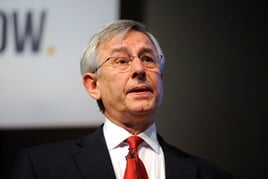 According to the latest findings from  the Castrol Professional Car Servicing & Repair Trend Tracker report the number of independent workshops has also declined by 13%.

Trend Tracker analyst Chris Oakham (pictured) said: “Since the late 80s, the market for servicing and repairs has trended downwards in real terms, and the number of workshops has followed suit.

“Of course, there are many other factors including the consolidation of manufacturers’ franchised networks and a shake-out of financially underperforming independents.”

Workshop numbers to level off, as aftersales volumes set to drop further

Over the next five years, the Castrol Professional-sponsored report forecasts that the number of workshops overall will remain broadly level – with around 21,565 sites set to be in operation by 2020, however service volumes are expected to continue the long-term trend for decline.

By 2020, this is forecast to fall by another 9.6% to 42.4 million, partly as a result of rising new car sales populating the car parc with younger, more reliable cars with longer servicing intervals.

The fortunes of franchised workshops and independent outlets look markedly different over the next five years, however.

The study by Trend Tracker into the development of the UK aftersales market suggests that independents are likely to record a 5% growth in numbers in the coming years as the number of independent MoT testing stations grows.

The number of franchised workshops, meanwhile, is expected to drop by a further 10%, as these sites are inextricably linked to the fortunes of businesses’ new car sales operations.

Nigel Head, head of marketing for Castrol UK & Ireland, said: “The decline in workshop numbers across the UK means there is perhaps slightly less competition overall, but it presents a challenge for every business.

“While they’re competing with fewer outlets for aftersales work, the amount of work itself is also forecast to fall even further. This will pose a risk to dealers’ highly profitable aftersales teams.”

Head  advised dealers to focus on the positive messages associated with manufacturer-recommended service, maintenance and repair work, and the ways in which their aftersales offer differs from other players in their area.

He said: “As workshop volumes drop further, those franchised workshops which articulate clear and robust messages around genuine parts, manufacturer-trained technicians and complementary brands will be in a better position to win a greater proportion of aftersales work.”