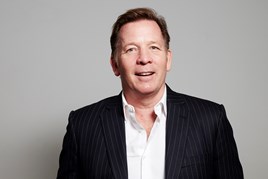 One-in-three woman drivers believe they have been overcharged by garages because they are a female, according to new research by new car maintenance and ownership service, Motoreasy.

Research carried out by the business launched this week by Warranty Direct founder Duncan McClure Fisher – claiming to be the online home for car maintenance and ownership, providing warranties, servicing and MOTs – found that 29% of women felt they had been the victim of sexual discrimination through overcharging.

But almost half (47%) of men also believe that they have been a victim of overcharging.

One-in-three (31%) women drivers stopped using a garage because they felt they were being taken advantage of, Motoreasy found, with younger women drivers (20-25 year olds) feeling most vulnerable.

Over a third (33.8%) of women in this category felt that a technician has charged them over the odds, but even a quarter of the most experienced drivers (56-70 year olds) have the same fear.

Commenting on the findings of the research, which gleaned responses from 2,000 motorists aged 20 to 70, Motoreasy chief executive, Duncan McClure Fisher, said: “These days, people are generally busier than ever with modern life. Increasingly, motorists don’t have time to deal with the dull car maintenance jobs like arranging MOTs or organising car repairs.

“Our research shows that this is compounded for female motorists, who also feel fearful of entering negotiations with garages in case they get overcharged or charged for work that is not actually needed.

“The problem is even worse for young drivers, who don’t know as much about cars and are, therefore, even more open to being taken advantage of.”

Females aged 26-35 are most likely to jump ship from a garage because they feel they’ve been taken advantage of (38%), as well as nearly half of ladies in the East Midlands.

Meanwhile, women in Northern Ireland are the most concerned that they have paid too much for repairs, with more than two-in-five (42%) reporting concerns.