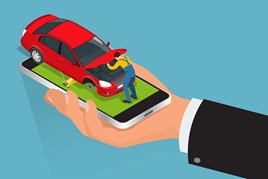 Over 60% of motorists say they are more likely to book their MoT or service with a dealer that offers timely reminders of due dates, according to new research carried out by digital marketing agency, Marketing Delivery.

The research also revealed that almost one in five motorists (18.1%) admits to having forgotten to renew their car’s MoT in the past.

The nationwide survey asked motorists whether they would be more likely to give aftersales business to a dealer that proactively reminds them of due dates. In total, 60.7% of motorists surveyed said they agreed with the statement, and 25% ‘strongly agreed’.

Data from the survey highlighted regional variations in how much influence MoT and service reminders could have on future bookings. In London, almost three quarters of respondents (72.8%) agreed that they would be more likely to book in aftersales work with a dealer that kept them informed about aftersales due dates.

London is also the region where motorists are most likely to neglect MoT renewals, with more than a quarter (26.8%) having forgotten the annual check in the past.

The results show that age is a significant factor in the likelihood of motorists giving aftersales business to dealers. Among the under-25s, 70.4% said they would be more likely to use a dealer that sent timely MoT and service reminders.

Customers over the age of 55 were the least likely to be influenced by due-date prompts, though a majority (57.5%) still said they would be more likely to book their car in with a dealer offering these reminders.

Age is also identified as a factor when it comes to remembering to renew MoTs. Marketing Delivery’s survey found that those most likely to have neglected an MoT renewal are the under-25s, with nearly a third (28.2%) admitting that they have forgotten the annual test in the past.

The data shows that those aged between 45 and 54 are the most likely to stay on top of their car’s MoT renewal, with just 13.5% saying they have forgotten it in the past.

When it comes to issuing timely reminders, there are differences in when consumers prefer to be contacted by a dealer. The timescale most preferred is between three weeks and one month in advance of the due date, as identified by 54.4% of motorists. The next most preferred window for contact from a dealer is between one and two weeks before (29.3%), followed by between five and six weeks beforehand (11.4%).

Jeremy Evans, Marketing Delivery managing director, said: "The key message from this research is that timely, proactive communication from dealers is still a highly valuable tool for aftersales teams in particular. The roll-out of GDPR has made some dealers overly conservative about their customer communications, but this survey shows that targeted and automated contact from dealers is of benefit to both customers and the business alike."

Evans said the results reflect what Marketing Delivery has seen in the market from its dealer clients, with some seeing aftersales bookings up 40% over a two-year period when putting a structured communication plan in place.

How an online approach can benefit aftersales

How an online approach can benefit aftersales