Aftersales boost from EVs branded a 'myth' by Epyx 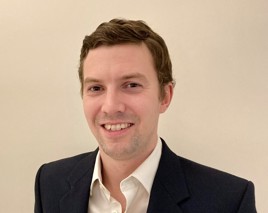 Data from Epyx shows that a lower proportion of electric vehicles (EVs) return to the franchised dealer network than equivalent petrol and diesel models.

It contradicts the narrative that dealers can benefit from an increase in aftersales jobs from EVs due to their more complex nature, according to the e-commerce solutions business.

Statistics taken from its 1link Service Network platform, used to manage SMR for more than four million company vehicles largely operated by leasing companies, show hardly any difference in the split between franchise and independent use for EVs and ICEs.

Charlie Brooks, strategy director, said: “We’ve now got a sufficient number of electric cars and vans on the platform that we can see fairly solid trends emerging and one of the most obvious is that this supposed relationship is something of a myth.

“Generally, about 75% of SMR jobs for EVs are being carried out at franchise dealers, which is actually less than the 80% for similar ICE vehicles.

“The facts are that many jobs required for EVs are the same as for ICE – tyres and brake pads, for example – while some independent garages also appear to be getting up to speed with the more specialist aspects of EV SMR. Fleets appear to be approaching the maintenance of their EVs in a broadly similar fashion to their petrol and diesel cars and vans.”

The data also highlights that tyre consumption is higher for EVs.

Brooks added: “On the platform, the average tyre diameter for an EV is about an inch more than ICE and, coupled with low rolling resistance designs, it’s clear that wear and tear is quite a lot higher.

“We’re also seeing signs that comparable SMR lifetime costs for EV and ICE vehicles are more complex than might be initially assumed. There’s a school of thought that you can just knock off 30-40% from ICE SMR costs and that’ll be a good ballpark figure for the equivalent EV.

“However, that’s not turning out to be the case in at least some examples. There is fairly wide variance in EV running costs and we hope to be able to share more data on this soon.”

Its analysis highlighted the benefit of attracting increased volumes of part-electrified vehicles into workshops.

And data related to the average service invoice show that hybrids value to automotive aftersales businesses.

Aftersales departments need to be prepared for a substantial change to their business model in the coming years as plug-in vehicle sales create a complex world with lower maintenance and new skills and equipment needed.