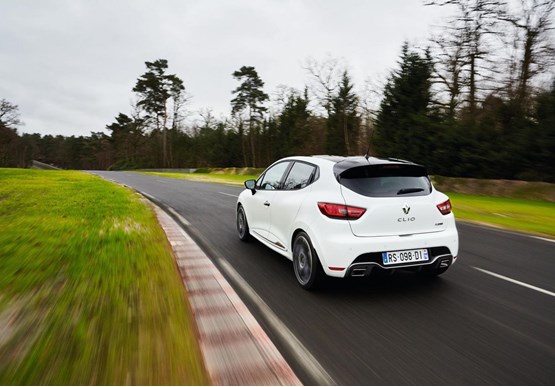 Renault has revealed the pricing and specification for the new Clio Renaultsport 220 Trophy.

The new model will make its UK debut at the Goodwood Festival of Speed from June 25-28 and is aimed at drivers who demand cutting-edge performance, handling, style and equipment for road use.

The Clio Renaultsport 220 Trophy is a numbered special edition model and features a larger turbocharger and revised mapping compared with the 200 models, boosting the outputs of the 1.6-litre direct-injection turbo engine by 10% to 217bhp.

It features start/stop technology, and has an Efficient Dual Clutch (EDC) gearbox which is said to deliver up to 50% faster shifts.

The Renault Clio Renaultsport 220 Trophy is available to order now from £21,780, with first UK deliveries expected in August.

Check out our image gallery of the model, here.