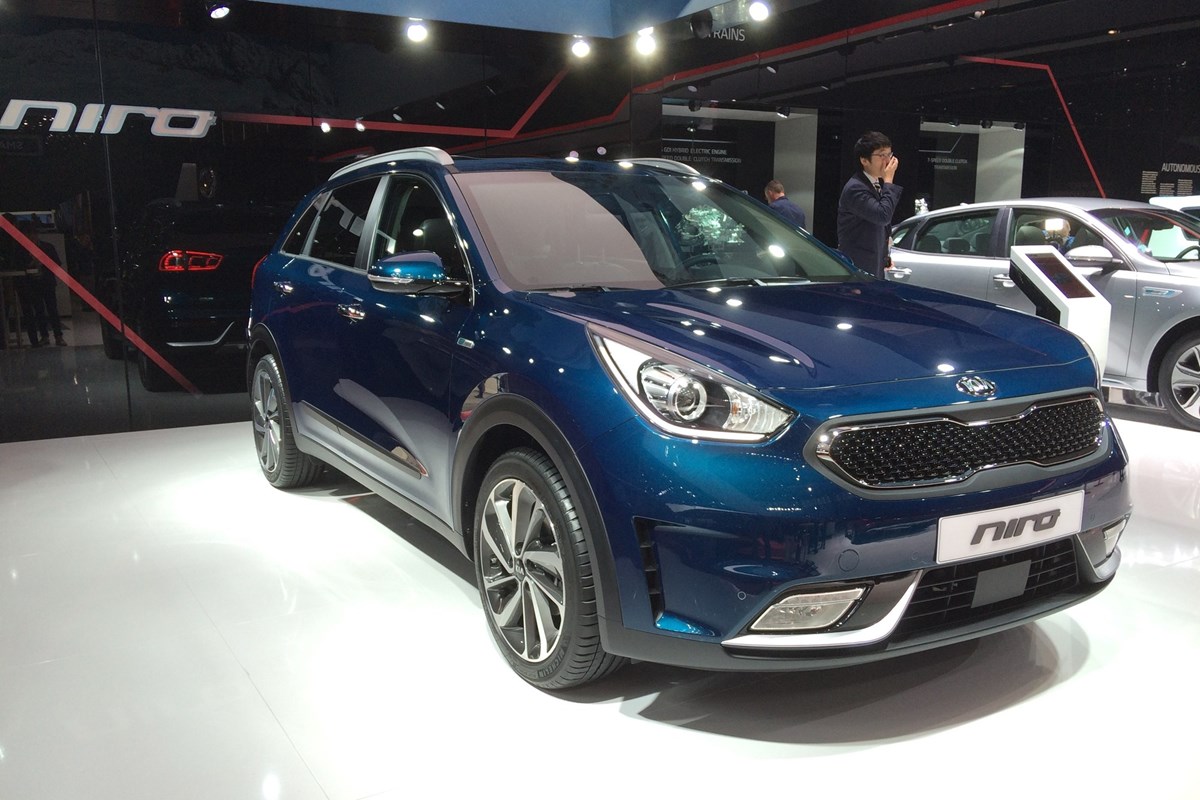 Kia Motors UK President and CEO Paul Philpott has said that the company’s 100,000 sales target is “within sight” as the brand unveils new derivatives in Geneva.

The Korean brand’s aim to reach six figures in the UK by 2020 were given a further boost with the unveiling of the Optima Sportswagon, Optima plug-in hybrid, a 242bhp Optima GT flagship and the Nero hybrid crossover at the Geneva Motor Show this week.

And speaking to AM at the event, Philpott (pictured) said dealers should anticipate bigger margins and increased throughput as the range continue to expand from nine models today to 12 or 14 cars by next year.

He said: “There are going to be challenges simply accommodating the growing range into our dealerships but those are challenges we aim to meet with our partners and it is much easier to have those conversations when franchises are profitable and happy.

“With the introduction of these new models our target of 100,000 sales is within sight.

Kia’s new models will all reach dealerships by the autumn.

The Optima Sportswagon is the brand’s first foray into the D-segment tourer market and comes with satnav, Apple CarPlay and a powered tailgate as standard.

The Optima plug-in hybrid is set to make waves in the fleet market, meanwhile. Its two-litre petrol engine and electric drivetrain is targeting 37g/km CO2 emissions and a 33-mile EV range when it undergoes official testing.

The Optima GT, meanwhile, is a new 242bhp flagship for the brand, something that Philpott said customers had “always wanted”.

He said: “People have always liked the styling of the Optima and now the range has been broadened to suite a variety of tastes.”

Philpott said that the new Sportage is already proving an early hit with consumers. Launched on February 5, the fourth generation of Kia’s biggest seller found 1,500 owners in its first weekend on sale and had returned over 5,000 sales after just three weeks.

The numbers put the new Sportage well ahead of its projected first year target of 25,000 sales.

Around 40% of new Sportage buyers have been conquest customers, Philpott said, with the equity that existing Sportage owners had in their vehicles meaning that some had switched into the new model as early as 24 months into their PCP contract.

He said: “Sportage has exceeded our expectations.”

Philpott said that Kia’s UK dealer network is set to grow from its current 185 outlets to around 200 and said that the demands on franchise were growing as new models came in.

He said that the achieving the required finance to stock the range was one consideration and the ability to display a wide variety of models was also part of its discussions with potential new partners.

The brand has also recently expanded its specialist EV dealer network from 20 to 23 as the new crop of plug-in products arrives. This commitment requires additional staff training and an investment of £5,000 to £6,000 to install on-site charging pints, Philpott said.

Philpott said: “Moving forward we are not looking for vast gin palaces on every corner, just appropriate facilities with appropriate capacity.”