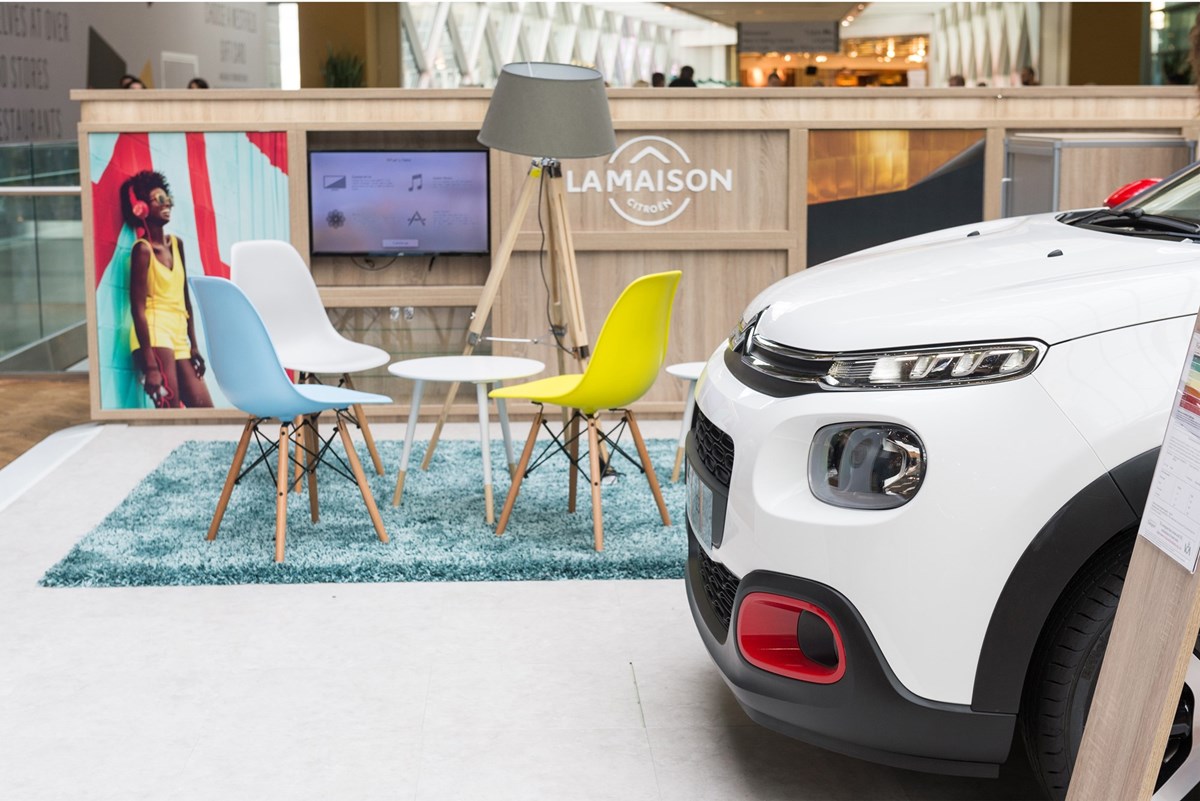 The New Citroën C3 has made its UK debut at Westfield Stratford City shopping centre in East London at the brand’s pop-up stand.

The stand – open to the public since the beginning of October 2016 – is a key part of Citroën’s 15-month partnership with Westfield Stratford, which aims to showcase the brand, including the latest automotive technologies and the UK premiere for New C3 and ConnectedCAM Citroën.

ConnectedCAM Citroën, only available on the new is an on-board HD camera for customers to take photos and videos, and to share on social media.

The display area will host a range of events and activities for customers, the first of which is dedicated entirely to New C3 until the New Year.

Citroën’s partnership with Westfield Stratford City was inaugurated by the brand’s takeover of the link bridge in September 2016. One of the largest display installations in the UK to date, the artwork on the bridge highlighted Citroën’s most important historic moments, popular models and new arrivals to the range.

Chris Cheetham, Citroën UK marketing director, said:  “The Citroën stand is a fantastic opportunity for us to premiere New C3 in the UK and showcase the latest technological advancements, such as the revolutionary ConnectedCAM Citroën and the Citroën Advanced Comfort programme.

“Our stand at Westfield Stratford City, which is part of our  15-month partnership, enables us to meet our customers and to allow them to explore our brand universe.”

To further celebrate the 15-month residency at Westfield Stratford City, Citroën has supplied a C4 Cactus and a Berlingo Electric van, which have been specially modified to serve as on-site fire vehicles.