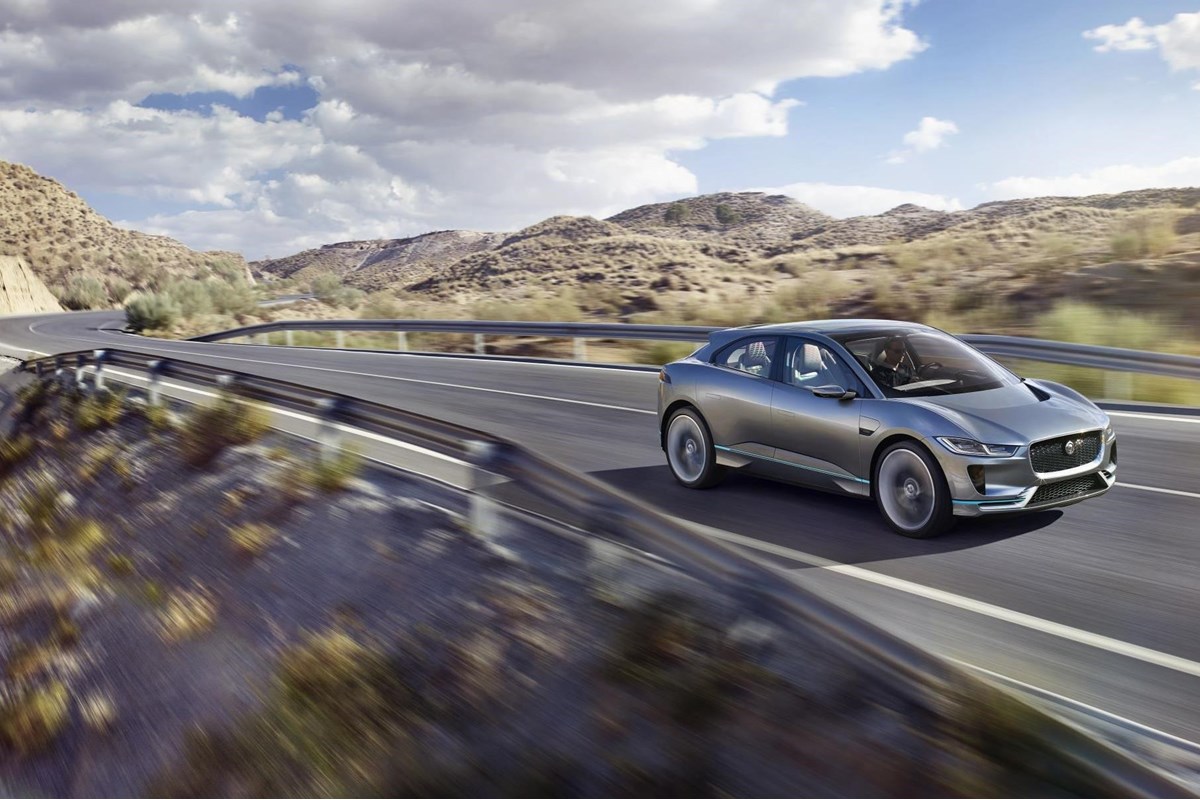 Jaguar’s forthcoming I-Pace SUV will take on Tesla with claims of a 220-mile range and a four second dash to 62mph.

The British brand’s EV debut, which was unveiled in a global virtual reality experience this week, is expected to reach UK showrooms in 2018.

Twin-electric motors generating 700Nm of torque and 400PS should make the newcomer a driver-focussed proposition in the same way as products from Tesla.

“Our virtual reality reveal today has pushed technology boundaries as well, and captures the hi-tech essence of the concept car.

“We only have one concept car and it is in LA for the reveal. For the first time, VR has allowed us share it across the globe in the most immersive way possible.”

The I-Pace’s “social VR” reveal is believed to be the largest live and connected VR event of its type to date.

Throughout the day of the event more than 300 guests were transported into a specially created life-like virtual space, into which, two of the car’s creators, Ian Callum and Ian Hoban were projected.

From VR hubs in Los Angeles and London, groups of 66 guests including A-list stars Michelle Rodriguez, Miranda Kerr and James Corden, used HTC Vive Business Edition headsets, powered by Dell Precision workstations, to put themselves inside the concept car and interact live with other participants.

Guests ‘sat’ on the concept’s virtual seats, had a 3600 view of Venice Beach as the concept was built piece by piece around them, and saw the I-PACE Concept race towards them across a virtual desert.

The exercise is likely to point the way towards a greater VR presence in Jaguar Land Rover’s sales facilities in future.

Ian Hoban, Jaguar’s vehicle line director, described the set up to VR guests who were able to use virtual reality to get under the skin of this ground-breaking technology. He said: "Electric motors provide immediate response with no lag, no gearshifts and no interruptions.

“Their superior torque delivery compared to internal combustion engines transforms the driving experience. With 700Nm and the traction benefits of all-wheel drive, the I-Pace Concept accelerates from 0-60mph in around four seconds."