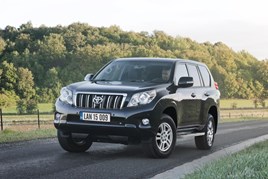 The FCA Group, Kia, Nissan, Renault, Seat, Skoda and Toyota have all followed in the tracks of Vauxhall, BMW, Mercedes-Benz, Ford, Hyundai and Audi to publicise the launch of their own schemes over the past four days.

Under FCA Group’s scheme, customers will receive a bonus of up to £5,300 towards new car when they trade in a Euro 1-4 petrol or diesel car registered before December 31, 2014, before September 31st.

A saving of £2,125 is available on a Fiat 500 Pop while the top incentive of £5,300 is redeemable against the Alfa Romeo Giulietta.

Kia’s £2,000 incentive is open to the end of 2017 on all scrapped vehicles aged over seven years old, but can only be redeemed against a compact Rio or Picanto hatchback.

Nissan Switch Scheme is offering added encouragement of a shift to pure-EV motoring.

The scheme, operating until September 30th, offers drivers of vehicles registered before the end of 2009 the chance to trade-in their car or LCV at participating Nissan dealerships to receive up to £5,000, plus trade-in value for their current car, off a new Nissan model.

Motorists can also receive up to £2,000 plus vehicle trade-in value off an approved-used Nissan Leaf 24kWh, however, offering an affordable route into EV motoring.

Renault is offering incentives of up to £7,000 (on the Master Van) with its scrappage scheme incentives, while Seat and Skoda are offering up to £3,000 (Toledo) and £4,000 (Superb) until the end of the year in return for a scrapped vehicle registered before 2010.

Toyota’s scheme also runs until the end of the year and sees incentives of up to £4,000.

While the Japanese brand boasts the widest range of hybrid vehicles currently available, it has included its GT86 coupe and Land Cruiser SUV among its incentives, applying the largest incentive available to the latter model.

“What’s more, everyone who takes up our scrappage scheme can be assured their vehicle will be disposed of in an environmentally responsible fashion that maximises recycling opportunities.”