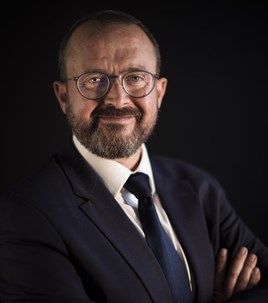 Fourie, who joined Aston Martin from Nissan in September 2017, will take over from Marcus Blake, director of marketing, who leaves the business with immediate effect.

He takes up the newly-expanded role with responsibility for global marketing, CRM, launch planning and the “definition and evolution of the Aston Martin and Lagonda brands”, the Gaydon-based brand said in a statement.

Watters, meanwhile, who has been with the company for 15 years, will move into his new role with the promise of a team bolstered by the arrival of Simon Strang, who joins Aston Martin from Haymarket, to look after Motorsport communications.

The newly restructured team will continue to operate under the leadership of vice-president and chief marketing officer Simon Sproule.

Sproule said: “Aston Martin is at a significant point in its history, with the revival of the Lagonda brand and the announcement that Aston Martin is the world’s fastest growing automotive brand.

“Gerhard and Kevin will continue to play crucial roles in developing and communicating the Aston Martin and Lagonda brands globally as we create a solid foundation for future growth.”

Today the brand, which is understood to be considering floatation on the London or New York Stock Exchange, saw its credit rating upgraded by S&P Global Ratings.

S&P has upgraded the company and its senior secured notes to ‘B’ from ‘B-‘, on the back of a consistent improvement in its operating and financial performance.

In 2017, Aston Martin delivered record revenues, with profits growing by a quarter of a billion pounds as unit sales exceeded 5,000 for the first time since 2008.