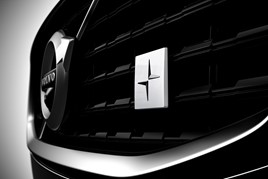 The new range variants are specifically developed by Polestar - Volvo’s electric performance brand - and will sit above the current R Design trim.

Polestar Engineered will debut on the new S60, which is set to be revealed at the inauguration of Volvo’s first US manufacturing plant in Charleston, South Carolina.

Håkan Samuelsson, president and chief executive at Volvo Cars, said: “Today starts a new era of Volvo electrified models enhanced by Polestar’s performance engineering prowess. This strategy is firmly grounded in our shared belief in an electric future for the car industry.”

Polestar Engineered will also be offered on the new V60 estate and XC60 SUV from next year, available globally in limited numbers via Volvo dealerships and Care by Volvo, the company’s premium car subscription service.

The two-door electric Polestar 1 concept car – Polestar’s first model – will be showcased at this year’s Goodwood Festival of Speed (12-15 July).