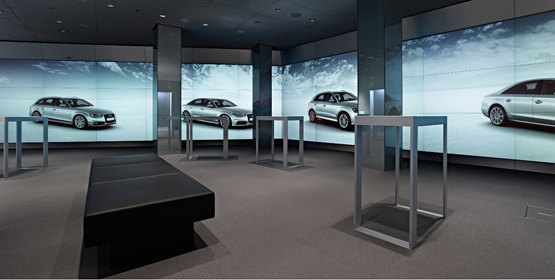 Audi has confirmed that its Audi City London showroom in Mayfair will close later this year as its looks to focus on ‘new ways to integrate digital experiences into all UK showrooms’.

A spokesman for Audi told AM: “Audi City London was established as a pilot project for new digital showroom experiences and, since it opened five years ago, has proven the value of digital tools to the customer experience.

“Having fulfilled this brief, Audi will release the premises in Piccadilly later this year and focus on developing new ways to integrate digital experiences into all UK showrooms to align with changing customer expectations.”

The spokesman said Sytner’s West London Audi facility in Brentford would take over looking after the Audi’s VIP and diplomatic customers.

AM asked if the closure was down to Volkswagen Group stopping non-core investments in the wake of its €1 billion fine.

The Audi spokesman said: “Preparations for closure got under way in February 2017 and were in no way influenced by recent developments.

“We can’t confirm an exact closure date due to ongoing planning negotiations.”

Audi’s entire range of cars, engines and options were available to view using the digital system.

The larger screens surrounding the interior walls of the dealership could be controlled via iPad by customer relationship managers and their tablets can be used to print out brochures or email across documents to customers.

Audi said the location of Audi City made an emphatic statement of strength and commitment to the UK market at a time of rapid growth for the brand.

The spokesman said: “Audi City also served as a great catalyst for change in our network, helping to establish a cutting edge digital framework to support the sales process that is being embedded nationwide.

“The concept has very successfully served its purpose, but the time is now right for a new Audi development in London with facilities which are better able to integrate new Audi mobility services reflecting significant changes in how customers access and use our cars, and will be ready for major advances within our fleet as we begin our extensive PHEV and EV roll-out programme.

“In the meantime, our franchise partners elsewhere in London will be more than capable of meeting the needs of our customers in the capital.” 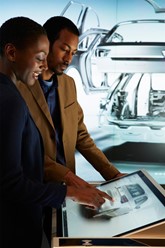