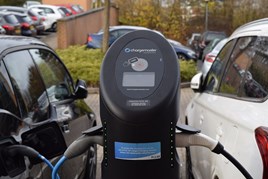 Go Ultra Low, the joint Government and industry campaign to promote plug-in vehicle adoption, is looking to clear up misconceptions around EV running costs after research shows consumers are confused.

Go Ultra Low’s research of 2,000 adults showed that people think it costs £21.54 to fully charge a pure electric car, while the lowest cost for a full charge is £3.64.

A quarter think servicing an electric car is more expensive over the life of the vehicle when compared to a petrol or diesel equivalent, while Go Ultra Low estimates that it is around 70% less.

Over half of those asked (52%) said they wouldn’t be able to confidently describe what a pure electric car is.

Most underestimate the number of models available for purchase – the average Brit thinks there are just nine models currently available in the UK, nearly half the correct figure (17) – and 42% of Brits think there are fewer than 15,000 pure electric cars on UK roads when there are already nearly 40,000.

Many Brits don’t realise how many charge points there are throughout the UK. On average they think there are only 6,000 charge point connectors, when actually there are more than twice that amount, at around 17,000.

There's also confusion about the different methods for charging a pure electric car – over a quarter don’t realise you can charge an electric car through a charge point installed at home (29%).

Poppy Welch, head of Go Ultra Low, said: “The research shows that there is much confusion and misunderstanding with the British public when it comes to pure electric cars.

“Over half of those surveyed don’t feel confident describing a pure electric car to another person and many aren’t aware of the many benefits electric cars can bring.

“Dispelling these misconceptions and highlighting these perks is therefore vital if we are to see more motorists make the switch to electric motoring.”