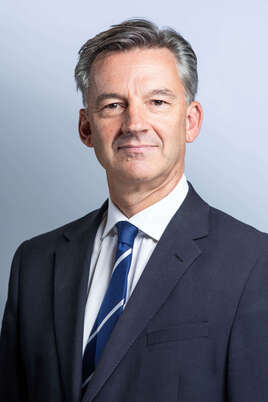 UK car production in 2021 fell 6.7% to only 859,575 units, according to figures released today by the Society of Motor Manufacturers and Traders (SMMT), the worst total since 1956.

Despite this, British car factories produced a record number of battery electric (BEV), plug-in hybrid (PHEV) and hybrid electric vehicles (HEV), turning out almost a quarter of a million (224,011) of zero and ultra-low emission vehicles, representing more than one-in-four (26.1%) of all cars made.

Manufacturers also wrestled with staff shortages arising from the need to self-isolate, and depressed demand with car showrooms closed for months due to lockdowns, despite the success of ‘click and collect’ services, plus the closure of Honda’s Swincdon manufacturing plant in July, which accounted for around a quarter of the annual decline.

Mike Hawes, SMMT chief executive, said, “2021 was another incredibly difficult year for UK car manufacturing, one of the worst since the Second World War which lays bare the exposure of the sector to structural and, especially, Covid-related impacts.

“Despite this miserable year, there is optimism. With Brexit uncertainty largely overcome with the TCA deal, investments have been unleashed, most of which will help transform the sector to its zero-emission future.

“This is a vote of global confidence in the UK but must be matched by a commitment to our long-term competitiveness; support for the supply chain in overcoming parts shortages, help with skills and training and, most urgently, measures to mitigate the escalating energy costs which are threatening viability.” 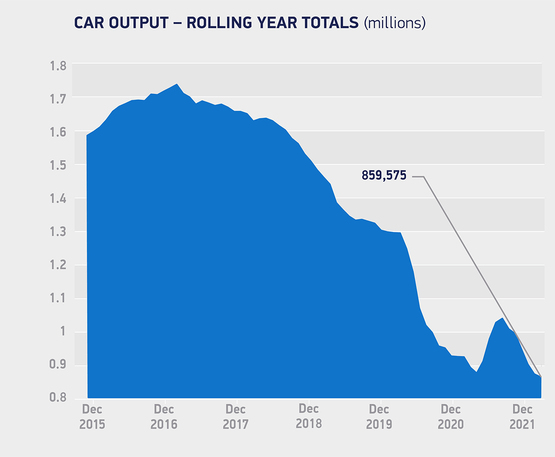 The shift to electrified vehicle manufacture continued apace as BEV production surged 72.0%, while hybrids rose 16.4%, as the UK industry – like the market – transforms into a low and, ultimately, zero-carbon industry.

There were, however, significant developments that give the industry increased confidence, said the SMMT. Following the avoidance of ‘no deal’ and the signing of the Trade and Cooperation Agreement (TCA), publicly announced investment for the industry reached a potential £4.9 billion in 2021, the highest total since 2013. This included investment announcements in Ellesmere Port, Halewood, Norfolk, Sunderland and Surrey.

Moreover, a proportion of the announced investments was in support of electrified vehicles, with the expansion of existing facilities in the North-East and the proposed development of a new battery gigafactory in the West Midlands.

The latter intention represents around half (£2.5 billion) of the total investment sum publicly announced in 2021.

The SMMT said realising such investments will be vital as the UK automotive manufacturing sector is expected to need at least 60 GWh of gigafactory battery capacity by 2030 if it is to remain globally competitive as trading requirements tighten..

The latest independent production outlook for 2022 forecasts UK car production to increase to more than one million units, representing a 19.7% uplift on the 2021 total, despite the loss of production in Swindon.

With favourable conditions, including an end to the global chip shortage, new models coming on stream and the avoidance of additional trade barriers, car production could continue to climb and reach 1.1 million in 2025, with further growth beyond.