Vertu Motors is to invest £6 million to build a Nissan dealership in Glasgow.

The dealer group took over the Nissan franchise in Glasgow on April 1.

Forrester told Herald Scotland: “We will be investing in the next 12 months in a flagship site in Glasgow, on the site of the old DC Thomson printing works.

“We are currently in the process of demolishing the printing works, and we will be building a dealership right next to the M8 in the centre of Glasgow.

“It is a big investment for the group, and we will create quite a lot of jobs in the centre.”

Vertu has acquired a company based near Glasgow Airport called the Taxi Centre, a supplier of cars for the private hire market.

Forrester said that Vertu, which operates 10 Macklin Motors dealerships in Scotland, continues to have a “good pipeline” of acquisition opportunities. 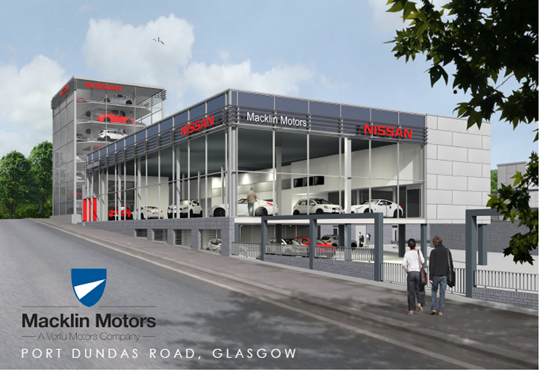