The UK has some of the most successful dealers in Europe with the highest average sales per franchised outlet across the big five European markets, according to the latest data from ICDP.

UK dealers sell 535 new cars a year on average. France and Italy trail behind at 325 and 322 respectively, while Spain and Germany lag even further behind.

ICDP has published its 2015 edition of the European Car Distribution Handbook which provides network figures for 36 brands across 36 European markets.

According to ICDP the average sales per main dealer varies widely depending upon the brand type and relative market position.

Following on from these brands, are the big three German premium brands of BMW, Audi and Mercedes-Benz, all recording an average of over 300 sales per main dealer across Europe.

Despite this, the premium brand category comes in third, behind Asian volume brands with an average of 302 sales per main dealer to premium’s 244. ICDP says this is due to a very tight spread amongst Asian volume brands, with Toyota the highest at 338 and Kia the lowest at 252, a spread of less than 100.

This compares to a spread of nearly 400 for premium brands with niche premium brand such as Smart, Jaguar, Alfa Romeo and Jeep having an average sales per main dealer figure of less than 100, a figure more comparable with “Other” and smaller Asian brands than with more mainstream premium brands.

"This growth will undoubtedly help dealer performance at an individual outlet level, and may convince network planners to halt network reductions – a move that we feel would be unwise given changing customer behaviours and threats to aftersales profitability." 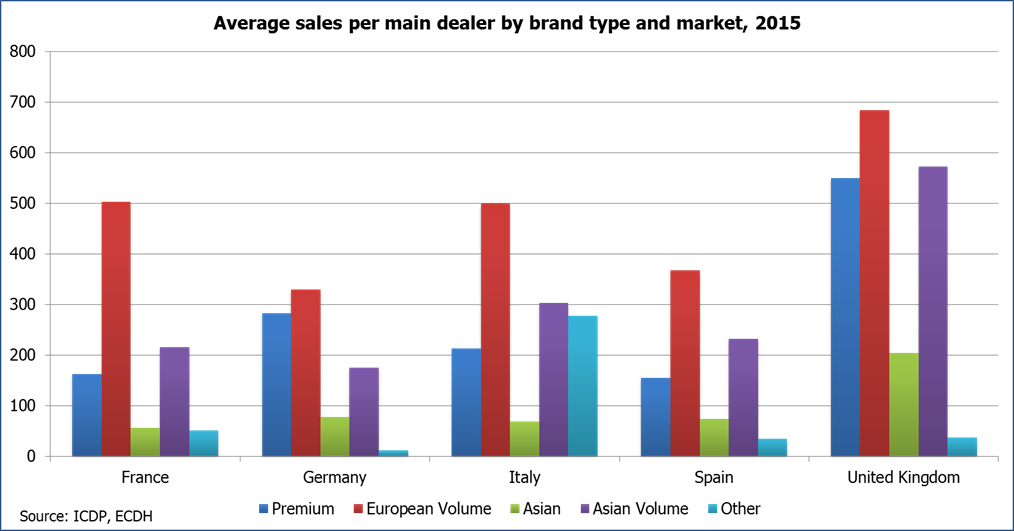 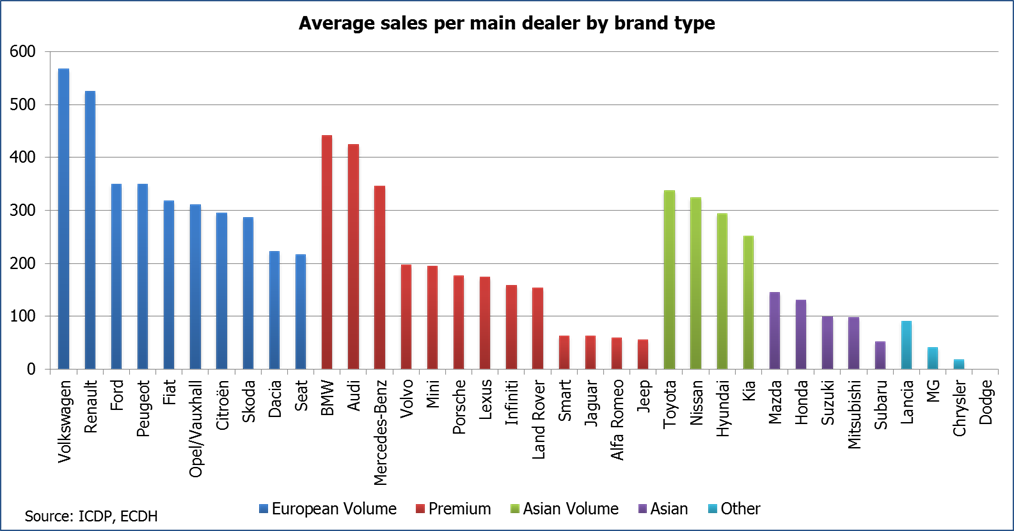