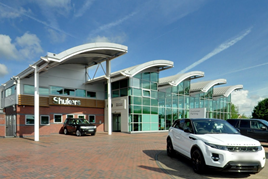 The acquisition of Shrewsbury Landrover takes AM100 dealer group Hatfield's portfolio to four Land Rover dealerships and five Jaguar locations, as well as single sites for Hyundai and Volvo, all across the North of England.

Hatfields managing director Gareth Williams said: “I am pleased to have purchased the Shrewsbury Landrover business which is a well-known retail location that has been established in the area for a long time. Combining this new business with our existing infrastructure will allow us to further grow the JLR market share in the territory. We look forward to welcoming our new colleagues into the Hatfields Group.”

UHY Hacker Young’s automotive partner, David Kendrick, represented Shrewsbury Landrover. He said: “This is another example of the JLR dual branding with a single operator representing both the jaguar and Landrover brands in the specific territory.

"The Shrewsbury Landrover dealership which has historically traded as Shukers is a well-known business and I have no doubt it will become a great profit centre for Hatfields moving forward.”

Shukers has retained its Land Rover franchise in Ludlow and is investing in new facilities for it. It also represents SsangYong, Great Wall, Subaru and Isuzu at Shrewsbury and Telford.

Click here to see AM's Face To Face dealer profile on Hatfields from 2014.