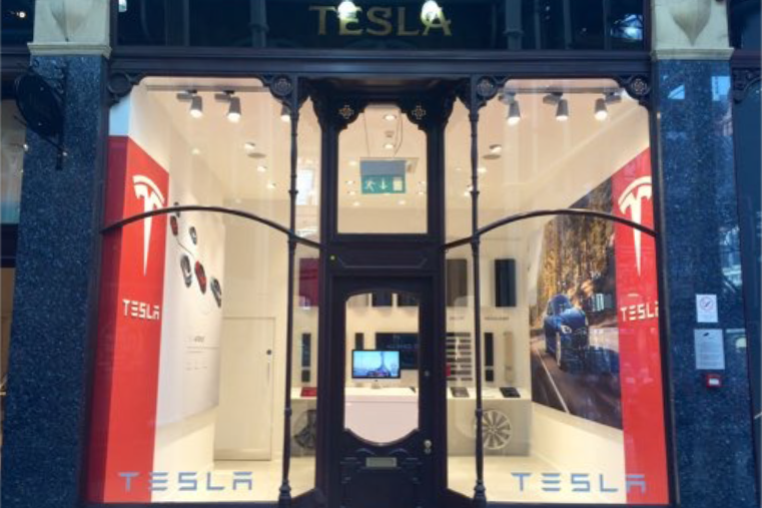 The opening of the brand’s first Yorkshire store was timed to coincide with the launch of the gull-wing-doored Model X SUV and takes its tally of UK retail outlets to 14.

A spokeswoman for Tesla said: “Tesla stores which are frequently in city centres and shopping centres, are set up to help customers learn more about electric vehicles and the unique experience of driving Model S.

The Tesla Model S is 100% electric and has the ability to reach 60mph, from a standstill, in 60mph 2.8 seconds or deliver a range of up to 340miles on a single charge.

This week Tesla unveiled a new entrant to the saloon car market in the form of the Model3.

Stretching from from Exeter to Edinburgh the points have the ability to deliver half a charge in as little as 20 minutes.