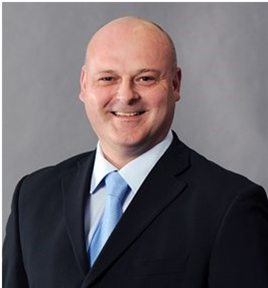 The new three-acre, £3 million site on Altyre Way is currently in the final stages of construction and will open in early July.

But group bosses were so overwhelmed by the public’s reaction to the temporary site – breaking all sales targets set by the manufacturer - they extended the space available for new and used Nissan models.

Andrew Woodhall (pictured), brand manager at Trenton Nissan, said: “We’re very excited about the opening of our new site, which will be one of the largest and most impressive Nissan outlets in the North of England.

“But we underestimated just how well local people would take to the brand and were blown away by the volume of vehicles we would sell from our temporary site.”

“As a result of the success of the temporary site we went back to the drawing board and changed things around a bit to accommodate more cars and meet demand.”

The family owned Trenton Group operates three sites in Hull – the main Nissan dealership in the city and two used car outlets – and has been trading for more than 30 years.

Once open, the Grimsby dealership will accommodate up to 14 new Nissan models.

Outside there’s a forecourt for 150 used Nissan models – one of the largest stocks of used Nissans in the north.