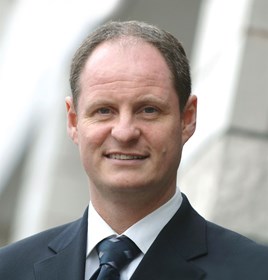 Lookers has announced turnover up by 33% to £2.34bn in a positive set of results for H1 2016 as it targets growth through targeted acquisition activities in the remainder of the year.

Andy Bruce, chief executive of Lookers, said: "We have worked hard at pursuing the strategic priorities for the business which we laid out in March; having the right brands and locations alongside excellent execution.

"Through careful portfolio management and a focus on delivering the best service for our customers, our motor division has continued to grow strongly and has delivered record results. The parts division has also performed well."

Interest costs increased in the period to £9m (2015: £6.1m), a large part of which was due to the £87.5m acquisition of Benfield in September 2015 as well as the increased trading activity.

In the year to June 30 Lookers reported £19.8m capital expenditure in improving dealership facilities and received £27.5m for the sale of properties, £18.1m of which from the sale of our VW premises in Battersea.

Since the start of the year, the group has also sold Honda dealerships in Derby, Nottingham and Stockton.

Lookers’ half-year statement said that improved cash flow in the period means that the group continues to benefit from a strong balance sheet.

Its bank facilities consist of a term loan of £90m and a revolving credit facility of £150m, giving total facilities of £240m, which were renewed at the time of the Benfield acquisition.

There is also the potential to increase the term loan by an additional £30m to fund future acquisitions.

Lookers’ activity has continued after the June 30 deadline for this current set of financial results.

On August 10the the group announced a conditional agreement to sell its parts division to Alliance Automotive Ltd UK for a consideration of £120m in a deal which is expected to be complete before the end of October.

Bruce said: “We are delighted to have already announced the acquisition of Drayton Motor Group, which we believe fits our acquisition criteria of selecting excellent businesses which will be of strong financial and cultural benefit to the group."

Markets analyst Matthew Taylor, of Numis Securities Ltd, said that Lookers shares appeared to be in good shape. He reported: "The key September order book is 'healthy' and Lookers has seen no significant difference in customer behaviour since the EU referendum.

"Still trading at a 25% PE discount to the broader sector, Lookers remains our preferred franchised auto dealer and a key sector pick."