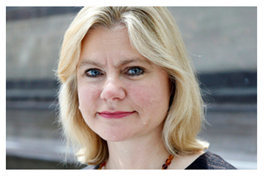 The Government has released more details of the apprenticeship levy, but there has been no movement on the April start date despite industry objections.

The new apprenticeship levy will be applied to employers with a wage-bill of more than £3 million. It requires them to contribute a tax of 0.5% of their wage-bill.

The Government has now said employers will have longer to spend funds in their digital account (the digital apprenticeship service account) - 24 months instead of the 18 months originally proposed.

This has been welcomed by the National Franchised Dealers Association.

But director Sue Robinson said: “It is positive that recent updates to the apprenticeship levy provide greater flexibility allowing more time for employers to spend their funds.

“Nevertheless, with only six months before April 2017, we are disappointed to see that the commencement date has not been delayed.

“The fact the levy applies to all UK employers, but the funding policy is devolved, with each UK nation managing its own apprenticeship programme and online digital service, represents a further challenge for businesses with apprenticeships across all four nations of the UK.

“The NFDA calls again on the Government to delay the introduction of the levy and ensure businesses can cope with it.”

> Key points of the apprenticeship levy

Dealers will report and pay your levy to HMRC through the PAYE process.

Employers with an annual pay bill of more than £3 million will need to spend 0.5% of their total pay bill on the apprenticeship levy.

Calculating what you have to pay

1) Work out what your total pay bill is.

HMRC will not charge the levy on other payments to employees, such as benefits in kind.

Use the indicative online tool for employers to estimate your levy contribution, begin to plan your training requirements, and estimate your financial spending.

If you’re an employer with an annual pay bill of more than £3 million, you’ll start paying the levy in May 2017.

Each month, you will have to:

Any apprenticeship levy payment to HMRC will be allowable for Corporation Tax.

Calculating the levy for connected companies or charities

Where several employers are connected as a group, they will only be able to use one £15,000 levy allowance. The definition of connected companies and charities is based on the definition in the Employment Allowance.

If you are part of a group of connected employers, you must decide what proportion of the levy allowance each employer in the group will be entitled to.

You must make this decision at the beginning of the tax year and will be fixed for that tax year, unless a correction is necessary because the total amount of the levy allowance claimed across the group exceeds £15,000.

Each employer in the group will then calculate what they have to pay through the same processes set out above, but using only their portion of the £15,000 levy allowance.

Once you have declared the levy to HMRC, you will be able to access funding for apprenticeships through a new digital apprenticeship service account.

Through the digital apprenticeship service all employers will be able to:

If you are an employer who pays the levy, you can also use the digital apprenticeship service to:

By 2020, all employers will be able to use the digital apprenticeship service to pay for training and assessment for apprenticeships.

Separate arrangements will be in place in Scotland, Wales and Northern Ireland.

Justine Greening (pictured), the education secretary, said in a statement: “The levy applies to all UK employers but apprenticeship funding policy is devolved.

“It is for the devolved administrations to decide how they use their levy income. This statement sets out how we will fund apprenticeships in England to help build an economy that works for everyone.

“To do that we are not only introducing the levy but also reforming the way we fund apprenticeships, introducing a dedicated register of approved apprenticeship training providers and launching the employer-led Institute for Apprenticeships. These changes will ensure apprenticeships are high quality, meet the needs of employers and provide opportunities for millions more people.

“The adjustments we have made to the funding policy since our proposals in August will help ensure that the reforms benefit more employers, providers and apprentices.”

> More information on the apprenticeship levy