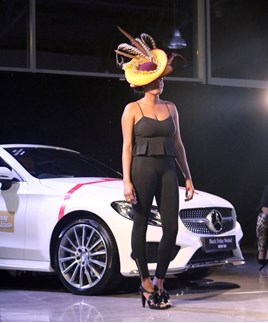 The New Narrative Enterprise Foundation, which has been set up to provide clothes and shoes for more than 100,000 children living in poverty in and around the city, raised over £3,000 with the event which was held at the dealership on November 24th.

It is the first fashion show held at the luxury car dealership in eight years, and the first under the ownership of LSH Auto UK, attracting over 150 people.

Mandi Rawlings, marketing manager of the Fashion Show Fundraiser and Mercedes-Benz of Birmingham and Manchester, said she was delighted with the event.

“The event was a great success and thanks to everyone who contributed to what is a great cause,” said Rawlings.

“I hope it will be the beginning of fundraising by the Mercedes-Benz of Birmingham Central for the New Narrative Enterprise Foundation.”

New Narrative Enterprise Foundation founder Justice Williams, MBE, added: “It was a great pleasure working with LSH Auto on the launch of our foundation to tackle child and economic poverty.

“We want to extend our gratitude and thanks to LSH Auto for assisting in making the launch of our fundraising campaign for the foundation a success.”