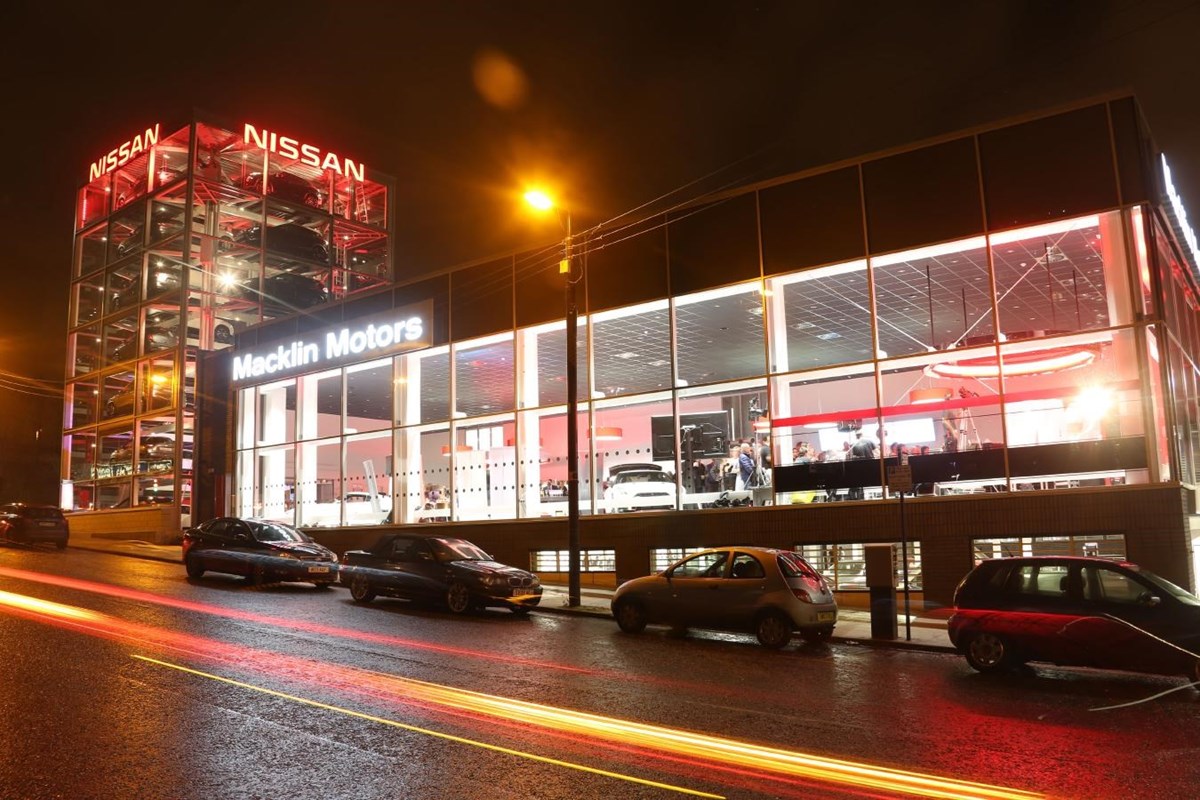 Crane said: “The opening of Macklin Motors Nissan Glasgow Central is a significant milestone, which demonstrates our commitment and confidence in the city.

“This official opening is the culmination of more than two years of hard work by hundreds of people and an investment of millions of pounds.

“I’d like to thank everyone who has been involved in getting us to this point and thank our guests for taking the time to celebrate this fantastic milestone with us.”

The opening of the new outlet further cements the relationship between Nissan and Vertu Motors, which now operates 11 Nissan outlets nationwide.

Alex Smith, Managing Director of Nissan Motor (GB), said: “We are thrilled and hugely excited to be adding a new dealership on this scale to the Nissan network.

“The past year has seen the opening of a number of increasingly large and ever more impressive Nissan dealerships in major cities across the UK.

“Macklin Motors in Glasgow is a symbol of the aspirations Nissan has as a brand and the confidence our retail partners, like Vertu Motors, have in our ability to meet them.”

Much of the attention was focused on the computer-controlled eight-storey glass display tower, which can hold up to 30 cars, however.