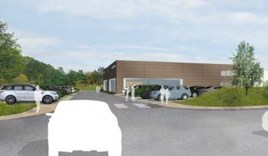 Harwoods Group looks set to relocate its head office as part of plans to create a new Jaguar Land Rover dealership in Brinsbury.

The group is set to buy land from Chichester College to develop the new facility next to its Brinsbury campus, which would include an educational facility created “in partnership” with the college.

Harwoods is currently based in Pulborough, but the new plans, submitted to Horsham District Council, a new facility would be created for the group which currently represents six premium brands across 18 retail sites, according to AMi.

The Brinsbury development will bring together Harwoods’ existing Jaguar franchise in Chichester with its Pulborough Land Rover franchise in accordance with the demands of JLR’s Arch Retail Concept.

It will also create a new facility for Bentley Motors in the area.

In its planning application the group also said that its existing Land Rover and Bentley showrooms in London Road, Pulborough, were currently operating at maximum capacity.

Harwoods plans include new car showrooms, offices, a new head office and educational facilities for the neighbouring Chichester College, where students can experience an extensive range of vocational courses “Not just limited to motor vehicles”.

Harwoods’ planning application stated that the group and college were “working in partnership” on the scheme.

The development will support 254 full-time jobs including around 90 jobs from outside the Horsham district, according to planning documents.