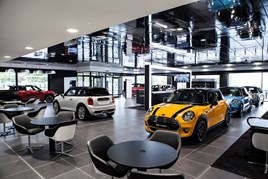 Sytner Group’s Tamworth dealership has been awarded Mini retailer of the year.

It won the award at the company’s 2017 awards earlier this month, coming top of the brand’s 141-site network.

The team at Sytner Tamworth were also the first in the world to adopt Mini’s new corporate brand identity which has since been rolled out in the UK retail network over the last 12 months.

Rybrook Shrewsbury excelled in two categories, taking both the financial services and manager of the year awards.

Winners in the 2017 Mini Retailer Awards