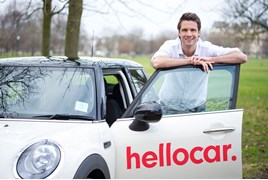 The founder of online used car sales platform Hellocar claims that large dealer groups will not be the ones to disrupt the sales process over the coming six to eight years.

Nic Carnell, who sold The Car Buying Service to BCA in January last year, launched his new business, which fuses direct online sales with a free home delivery and test drive service, in February this year.

And while he claims that his new venture is not here to “shake-up” the status quo, merely take a share of what is a huge used car market, Carnell believes that new start-ups will be the ones to disrupt the market – not the established retail giants.

“If anything I see the real disruptive changes to the industry coming from start-ups,” said Carnell, the son of The Car People director Paul Carnell.

“I don’t see a dealer group turning up with something like this. Their systems, their technology, their demeanour is all focusseed around doing a great job with what they have.

“They are so focussed on squeezing what they can from unit sales that they just don’t have the desire to look at how they could do things differently in six, seven or eight years.”

Carnell set up The Car Buying Service out of The Car People’s Wakefield site in 2012 and sold the business to BCA and WeBuyAnyCar in January last year.

At the time of its sale the business was the third largest car buying business in the UK, buying between 8,000 and 9,000 vehicles a year and counted The Car People among its customers.

His new venture, Hellocar, is in its early stages – selling around 10 cars a month – but aims to sell direct to customers who are happy to have a vehicle devlivered directly to them.

They are offered a test drive at their home and a seven-day cooling off period where they can hand the car back.

Hellocar is currently developing a digital finance proposition in a partnership with Zuto which will see customers secure online finance via a digital signature and is also targeting partnerships with manufacturers, claiming that the savings on staff and premises can lower prices for consumers and guarantee margins for OEMs and fleets.

Carnell said that Hellocar appeals to a very specific kind of customer who finds visiting a showroom and negotiating over a car “a gripe”.

Last year Hellocar started doing its own customer research and found that the average customer now spends 11 hours researching a vehicle online before making a purchase, 51% visiting just one dealership.

The business is already finding traction with the customers it hope to appeal to. Carnell said: “We only launched at the end of February and we’re still at a fairly early stage but it feels like there’s a latent demand for this”

“Our first customer was 21. She was from Loughborough and she really was a pure online customer. We wanted to contact her to speak to her but she wasn’t even interested in that.

“We communicated with her by text and when the car was delivered she just came out of the house in her slippers. We took her for a test drive, she signed the paperwork and the car was hers.”

Carnell said that 90% of cars offered via Hellocar would be subject to manufacturer warranties, but the business has teamed up with the AA to deliver its extended warranty product where required.

Originally Hellocar was sourcing vehicles from Hertz, but has ambitions to forge direct links with manufacturers and now has a number of BMW and Mini products live on its website.

Carnell said: “Margins are falling and there is pressure now to reduce the amount of time it takes to turn a car returning from a PCP deal as there are high volumes around. It’s our belief that we can help manufacturers with that.

“We’re not doing the same job as Carwow. We’re focussing on customers further down the purchasing funnel and can move cars in three to five days.”

Former Auto Trader strategy director Tim Peak was set to join Hellocar as a non-executive director when AM spoke to Carnell. 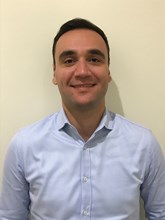