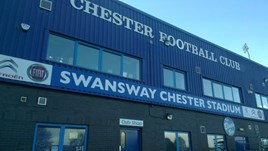 Swansway Chester has announced its sponsorship of Chester FC for the 2017/18 season.

Swansway, who previously held the rights between 2013 and 2015, return as a major sponsor on an initial two-year agreement.

Chester FC’s chief executive Mark Maguire said: “Discussions have been taking place for quite some time and I would like to thank Andrew Wakelin  for his commitment to getting the deal done.

“I feel very strongly that we have resurrected a relationship which will be really important for the long term future of the club.

"The deal represents significant investment into Chester FC at a time when I believe things are progressing across the club.

"I’m excited to take on the challenge of delivering real commercial value to Swansway and it is a really good indication of where we are that Swansway can see the progress made and the direction in which we are travelling and want to be associated with it over the next few years.”

Swansway Chester’s operations director Andrew Wakelin said: “Swansway Motor Group Is a family owned and run business and we’re always keen to be in involved with the local communities where we operate.

“Our close neighbour, Chester FC, is a progressive club and shares the Swansway values of caring, hones and proud and we’re looking forward to working with them again.” 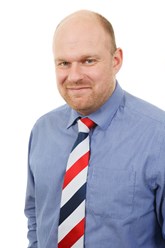 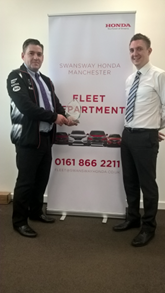