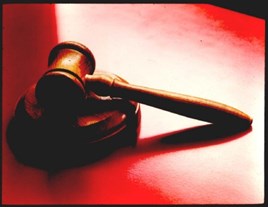 An industrial tribunal has awarded a former Charles Hurst dealership service adviser almost £12,000 after the way she was treated at work was judged to have seriously "exacerbated" her mental health problems.

Marie Claire McLaughlin (31), from Dundrum in County Down, suffered absences due to bouts of depression and panic attacks, reports the Belfast Telegraph.

She asked to reduce her hours at the Belfast-based firm to 40 per week - but the industrial tribunal found her request was not appropriately considered.

McLaughlin was awarded £11,840 following a case in which she was assisted by the Equality Commission.

It said the time frame for dealing with her request was long drawn out - it took at least four-and-a-half months too long and stretched over a year.

Had the employer focused correctly on making "reasonable adjustments" available under legislation covering disability discrimination and taken a proactive approach she would have had the reduced hours sought earlier, the tribunal judged.

Its decision stated: "The treatment which the claimant received at work (the failure to grant her a reasonable adjustment in terms of allowing her to work reduced hours) inevitably compounded and exacerbated to a serious degree any pre-existing condition, and was a major cause of her mental health issues at the relevant time."

McLaughlin believed a reduction in hours would have helped her to cope better and improved her performance at work.

He told the Belfast Telegraph: "Charles Hurst Group vehemently opposes all forms of unlawful or unfair discrimination and notes that the tribunal acknowledged that the company did not discriminate against Ms McLaughlin on the grounds of her disability.

"The tribunal also ruled, unanimously, that neither did the company victimise nor harass the claimant.

"We fully accept, however, the tribunal's one ruling that the length of time which was taken to implement a reduction in working hours was too long and we deeply regret any distress this caused."

Charles Hurst: The people powerhouse at the heart of Lookers

Charles Hurst: The people powerhouse at the heart of Lookers