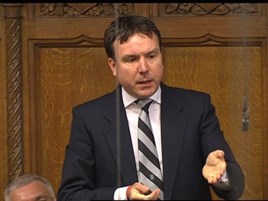 Two automotive retailers were named in the Government’s latest list to name and shame employers that failed to pay the legal minimum wage.

Wagamama, TGI Fridays, Marriott Hotels and Karen Millen were some of the most high profile companies included in the naming and shaming list. No franchised car dealers were included in the list.

In AM’s Outlook 2018 Survey, more than a third of car retailers told AM they expect to trim their headcount in 2018. Dealers said this was due to increased staffing costs and uncertainty surrounding Brexit.

The publication of the latest list comes ahead of the next wage rate rise on April 1, when the National Living Wage will go up from £7.50 to £7.83 per hour. Apprentices under the age of 19 and those in the first year of their apprenticeship will see a 5.7% rise.

Later this month the Department for Business, Energy and Industrial Strategy (BEIS) will launch a campaign to raise awareness of the new rates and encourage workers to speak to their employer if they think they are being underpaid.

Andrew Griffiths, Business Minister, said: “The world of work is changing and we have set out our plans to give millions of workers enhanced rights to ensure everyone is paid and treated fairly in the workplace.

“There are no excuses for short-changing workers. This is an absolute red line for this government and employers who cross it will get caught - not only are they forced to pay back every penny but they are also fined up to 200% of wages owed.”

Griffiths said the latest naming round serves as “a sharp reminder to employers to get their house in order” ahead of minimum wage rate rises on April 1.

Employers who pay workers less than the minimum wage not only have to pay back arrears of wages to the worker at current minimum wage rates but also face financial penalties of up to 200% of arrears, capped at £20,000 per worker.

This 14th naming round comes after the government published its Good Work plan last month, which announced the right to a payslip for all workers. The new law is likely to benefit around 300,000 UK workers who do not currently get a payslip.

For those paid by the hour, payslips will also have to include how many hours the worker is paid for, making pay easier to understand and challenge if it is wrong.

The worst offending sectors from the latest naming round: