Auto Trader has launched its “biggest” promotion to date, with a new car giveaway every time England scores a goal in Russia.

Or hopefuls can register their email address online, following an England goal. One car will be given away for every goal, regardless of how many times they score during the World Cup.

The models up for grabs include the Jeep Renegade, Abarth 595, Fiat 500X and an Alfa Mito.

Auto Trader’s audience and brand director Lei Sorvisto said: “We wanted to bring to life the excitement of a brand-new car as it’s such a unique feeling. The cynics may not be optimistic about England’s chances but we’re genuinely hopeful for lots of goals and therefore plenty of new car winners.”

“This campaign is a great disruptive opportunity for Auto Trader to inject some excitement into social for each England game - where everybody can share in the excitement - whether they’re a football fan or not.”

The cross-channel campaign kicked off this week, with most ATL activity set to start on the June 17-18, 2018. The official spokesperson for the campaign is England World Cup star John Barnes.

The #AutoTraderGoals competition will launch with England’s first competitive game against Tunisia on June 18. 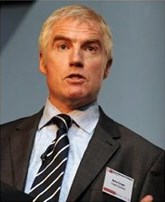