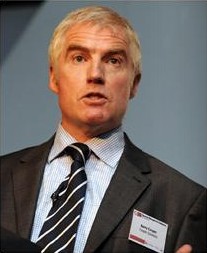 Auto Trader's announcement that it will bypass traditional remarketing of fleet vehicles via physical auctions in a move to sell directly to dealers has been welcomed by Cooper Solutions.

The DMS specialist believes that the decision heralds a “much needed shift in mind set and future auction practices” used by motor retailers.

Cooper Solutions’ managing director, Barry Cooper (pictured), said: “Auto Trader has put the spotlight on the legacy networks of physical sites of the UK’s leading auction companies, which in this day and age bring a financial burden indirectly shouldered by dealers who sell stock via these channels.

“Given the business model of physical auction houses, it’s no big surprise that they need a high transaction cost to pay for their overheads.

“We conducted our own research to validate this point. After looking at over 71,000 car sales, we confirmed that physical auction fees are typically bigger than the profits that selling retailers make and therefore significantly reduce the sellers profit.

"Given the current pressure on margins this simply isn’t good for business for today’s retailers.

“The move by Auto Trader not only enriches the used stock now available directly to retailers, it opens the door for them to follow suit for trade stock.

"Sytner Group has been proving for many years that digital auction  is their optimal route to market and now Auto Trader is on the same track.”

Cooper Solutions has its own trade-to-trade digital auction site, FullAuction, which operates in a similar fashion to Auto Trader’s new fleet disposal platform.

Cooper said: “By pushing the direct online remarketing approach for fleet, Auto Trader confirms our own position since we launched our trade-to-trade online auction site, FullAuction.

“As the message gets louder and more influential as power houses get behind its logic, we would hope that more retailers will be tempted away from the more traditional legacy remarketing channels and towards a more profitable digital disposal route.”