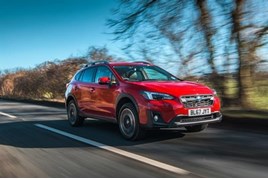 IM Group boss Lord Edmiston was handed £76m dividend last year despite an 8% decline in revenues at the Subaru and Isuzu importer and franchise operator.

The Times newspaper reported how the billionaire Tory donor received the £76m dividend last year from Birmingham-based distributor of Subaru and Isuzu vehicles of which he is chairman, despite a fall in revenues from £626.9m to £576.6m in the period to December 31, 2017.

The Evangelical Christian and fervent Brexiteer donated £30m to his charity Christian Vision, it said.

IM Group’s operating proftits fell 14.7% from £86.6m to £73.9m, according to the IM Group’s latest set of published financial results.

During the reported period the business donated £200,000 to the Conservative Party and channelled £1m to the main Brexit campaigns in the run-up to the 2016 EU referendum, the accounts revealed.

Directors said in their annual report that they had been “pleased with the performance” generated by the group, citing the Subaru and Isuzu business’s as the main drivers, adding the performance was “supported by the stability of aftersales profits in IM Parts and Services Ltd”.

In May Subaru UK hosted an open house franchising event at its Birmingham head office as it prepares to expand its dealer network with new franchisees.

Later this month potential franchisees are being invited to The Game Fair at Ragley Hall, Warwickshire, to learn more about the brand.

Subaru, which is imported to the UK by the IM Group, is keen to expand its UK dealer network further, following growth of 5.5% year on year.

The IM Group was founded by Lord Edmiston more than 40 years ago with a £6,000 redundancy cheque the entrepreneur received from Jensen Motors.

He now has a total fortune of £1.04bn, according to The Sunday Times Rich List.