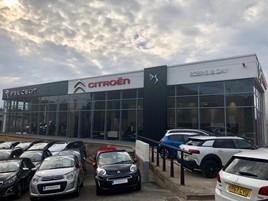 Robins & Day has added Peugeot and DS Automobiles brands to its Birmingham showroom after fire tore through the former Citroen-only facility in January 2017 – prompting a major redevelopment.

The newly-redeveloped 1.5-acre, tri-brand dealership site, on Small Heath Highway, was opened as part of the multi-million pound programme for Robins & Day in the Birmingham area, with plans to also add the DS Automobiles and Citroën brands to the Peugeot Birmingham North site on Tyburn Road in Erdington.

A statement issued by the PSA Group-owned AM100 retail group said that it expected the first year of operation Robins & Day Birmingham Central to generate combined sales of 3,000 units across the three French brands.

As well as the three showrooms, there is a 15 bay workshop with two MOT bays and the site is supported by an off-site PDI centre and parts hub. 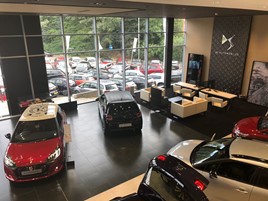 Weston said: “We are extremely proud of this redevelopment following the devastating fire at the beginning of 2017.

“We have bounced back and we are now bigger and better representing the Peugeot, Citroën and DS brands. And it doesn’t stop there, as we have seven other sites currently in redevelopment, and three others due to start this year.

“The site is a clear statement of our intent in the UK market and underlines our support to the PSA Brands.

“Robins & Day has a clear vision and clear values both of which interlink with the passion and belief of our teams.

“I am confident that the contribution from the employees at Robins & Day Birmingham Central will only strengthen in this fantastic new facility.”

January 2017’s blaze at Robins & Day’s Citroen dealership was the result of a suspected arson attack on the business which caused an estimated £100,000 worth of damage.

Reports at the time said that seven showroom vehicles were damaged along with additional vehicles in the workshop. Extensive damage was also caused to the fabric of the facility.

AM reported how around 40 firefighters tackled the blaze and police arrested a 33-year-old man on suspicion of arson.