Group 1 Automotive saw its UK gross profits increase by 38.3% to £57 million in Q2 this year as a result of double-digit growth in parts, servicing, F&I and used car sales.

Operating profits and PBT were not disclosed.

The US-based company, that also has operations in Brazil, said the UK accounts for 22.7% of its total revenues and 17.1% of its total gross profit.

Group 1’s UK revenues increased by 52.6% to £508.6m. The dealer group disposed of its BMW franchise in Kentish Town in June this year.

Earl J. Hesterberg, Group 1's president and chief executive, said: "We delivered a solid quarter, reflecting a relatively strong U.S. vehicle market in June, favorable overall performance in the U.K., a corporate-wide focus on our used vehicle business, and a major cost reduction initiative in both the U.S. and the U.K. early this year that began to pay dividends this quarter.

"These results demonstrate our ability to grow earnings in a flat retail sales environment. In addition, during the quarter, the company has launched a renewed focus on capital deployment, with an emphasis on actions, such as disposal of underperforming assets, more stringent control of capital expenditures, and enhanced share repurchases, targeted at delivering improved shareholder value.

“Actions taken this quarter include the disposal of a large underperforming dealership and a stepped-up pace of share repurchases." 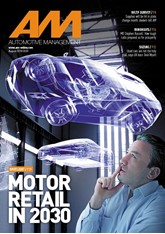