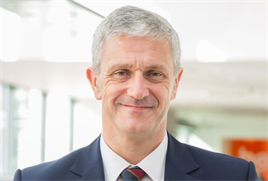 Arnold Clark grew its used car sales volumes by 10.3% to contribute towards a 7.3% rise in turnover but suffered a 15% decline in profit before tax during its financial year to December 31, 2017.

Eddie Hawthorne, chief executive of the Glasgow-based AM100 car retail group said that the business would "continue to adapt and embrace the opportunities" after its annual financial results showed an increase in turnover to £3.93bn (2016: £3.66bn) for the period, but a decline in pre-tax profits to £106.6m (2016: £125.3m).

Arnold Clark said in its accounts that the effect of the weakened pound against the Euro – following the Brexit vote – had resulted in a reduced availability of new cars during the period and had also impacted margins.

An increase in property rates across the year cost the business £3.06m, the statement said, while the reduction of debit card interchange fees cost the group £1.3m and the apprenticeship levy added a further £1.2m to its outgoings.

Chief executive Eddie Hawthorne said in a statement accompanying the results that he expected continued “modest” growth in used car sales within the business, which has continued to develop its Motorstore used car sales concept, opening four new sites last year, including expansion into Yorkshire, with sites in York and Wakefield.

The Motorstore in Perth was moved to a more prominent site.

Hawthorne said: “We expect that the new car market will continue to decline and anticipate a decrease in the number of new car registrations.”

He added: “The current political and economic landscape is changing the dynamics of the motor industry, both at manufacturer and retail levels.

“We do not expect these challenges to lessen in 2018 but, as in the past, the group continues to adapt and embrace the opportunities that present themselves in such times.

“The group’s financial strength and resilience positions it well to succeed.”

Network developments at Arnold Clark during the 2017 financial period saw it acquire a Mitsubishi franchise in Stirling, marking out the group’s first activity with the Japanese manufacturer and taking its number of OEM partners to 25.

Moving the group’s Perth Motorstore allowed the creation of a new Renault and Dacia dealership on the city’s Dunkeld Road.

As well as its Motorstore used car operation, the group also invested in aftersales during the period, creating a new Volkswagen aftersales service centre on South Street, Glasgow, allowing a refurbishment and expansion operation at its Crow Road dealership.

Aftersales did generate growth for Arnold Clark in 2017. The accounts showed that revenues from servicing activities had risen from £92m to £95m.

Supporting the group’s growing used car operation, it also invested heavily in its eight-acre PDI and distribution centre at Kidsgrove, Staffordshire and added an 11-acre facility at Duffshill, Aberdeen, which was completed in July last year.

The iconic car retailer, dubbed an “inspirational leader” by former colleagues, died at the age of 89 in April last year.

In its financial statement for 2017, the group said that Clark had been “passionate” about investing in people and set out its stall to continue his legacy.

Last year saw the AM100 retail group employ 861 apprentices and a further 300 are expected to take up posts in 2018, a number which could be bolstered by the effects of its interactive ‘apprentice bus’, which is currently touring school and colleges across the UK.