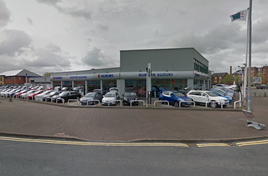 Group managing director, Ian Bullock, told the Derbyshire Times that the decision to close the franchise after little more than three years' trading had not been taken lightly, but conceded that the businesses sales were “not meeting expectations”.

Bullock said that the downturn in the retail market had left the business, on Moor Street, Burton, running at a substantial loss for the last 12 months, adding: "We've had to take the decision, very reluctantly, to close the business.

"Thousands have been invested in the business to make it work and it was a project we genuinely believed in.

"We've done our best, but ultimately it's been unsustainable."

The Derbyshire Times reported that customers of Burton Suzuki, who received letters early last week informing them of the September 28 closure, would still be able to have their cars serviced at BRD’s Burton Kia franchise on Ninth Avenue, Centrum Gate.

In its financial results to the year ended August 31, 2017, BRD Retail reported that sales from its Burton Suzuki franchise had “continued to grow”, adding that the site was achieving the company’s aim of growing market share in Burton-on-Trent’s new car market.