Vertu Motors chief executive Robert Forrester has said that the group is “well positioned to take full advantage of tougher markets” in a trading update for the AM100 car retail group.

Revenues were up 1.4% like-for-like during the five month reported period to January 31, the group said in its statement, as it sought to mitigate the impact declining new car volumes across all channels through growth in used cars and aftersales.

Vertu’s statement said that new commercial vehicle remained flat (up 0.1%) in volume as new retail volumes declined 6.8%, Motability by 12.2% and fleet by 29.9% during the period.

Used car volumes rose by 4.8% but were impacted by declining margins, which impacted both new and used vehicle profits.

Vertu said: “Like-for-like gross margin percentage declined to 7.7% (2018: 8%) due to higher prices and a shift in mix towards premium brands.”

Higher selling prices reflect the pressure of currency on pricing given the high level of cars sold in the UK imported from the EU together with the increasing premium franchise mix of the group, it said.

Service revenues at Vertu rose by 7.4% like-for-like during the period to the end of January, however.

Forrester said: "The Board expects the trading performance for the year ended 28 February 2019 to be in line with current market expectations.

“Whilst the outlook remains uncertain, the Group continues to be very well positioned to take full advantage of tougher markets which will, as has been the case in previous sector downturns, provide opportunities.

“We have a strong balance sheet, underpinned by a property-rich asset base with low levels of debt, a clear focus upon capital allocation and we have an outstanding and stable team."

The Board at Vertu, which will announce its preliminary results for the year ended February 28, 2019, on May 8, said that it expects the group's underlying trading performance for the 12-month period to be “in-line with current market expectations”.

Reporting on the progress of its ongoing share buy-back programme, announced in October, the group revealed that it has now purchased 2.7 million shares (0.7% of the issued capital) for £1m.

Commenting on its outlook for the near future, the group added in a statement: “While positive on the anticipated performance of aftersales and used cars, the Board remains cautious on the overall outlook for the next financial year.

“The UK's exit from the EU is creating some uncertainty for the Group's private and business customers.

“In addition, unpredictability over tariffs and Sterling levels create an unprecedented level of uncertainty for manufacturers and retailers alike on the future levels and profitability of new vehicle supply into the UK from the EU.

“Notwithstanding this, the Board is implementing plans to deliver the inherent opportunities for improvement of operational performance and profitability that exist within the current dealership portfolio.”

Vertu said that it would be affected by Ford’s reorganisation of its trade parts operations, where stock and debtor risk transfers to the manufacturer and the group receives a handling fee.

Three parts hub contracts are now in operation by the group and a further three will be commenced by February 2020, it said.

“Consequently, parts revenues and costs will be reduced as this progresses and £3.9m of working capital is expected to be released over the transition period,” it said.

“We estimate £3.0m of working capital will have been released in the period to 28th February 2019.  These changes are also anticipated to reduce the Group's ongoing profitability by £0.8m.

“Discussions with other manufacturer partners are ongoing with no major impact in the year ending 29 February 2020 envisaged.” 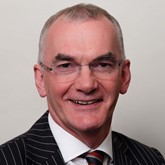