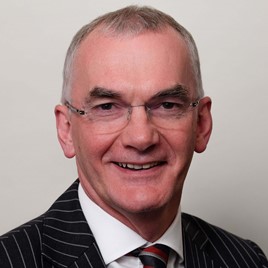 Karen Anderson, currently his deputy and Vertu's company secretary, will become CFO. She has been with Vertu since 2006 and served as group finance director until 2010, when Sherwin joined the board.

Sherwin has given notice of resignation in order to further develop his portfolio of business interests, said the dealer group.

Peter Jones, chairman of Vertu Motors, said: "I am delighted to welcome Karen to her future role as CFO and to the board following the thorough external benchmarking exercise we have undertaken.

"Karen's wealth of both industry and finance experience will help to guide the business through its next stage of growth."

He thanked Sherwin for his contributions over almost nine years, adding he has "been instrumental in its strategic development and significant growth".

Vertu also announced that non-executive director Nigel Stead will retire at the end of 2018 after seven years on the board.