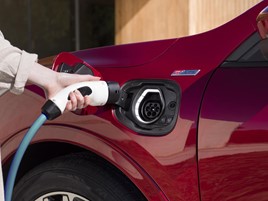 Franchised dealers will be "instrumental" in educating consumers about the benefits and practicalities of electric cars, according to The National Franchised Dealers Association.

As the government works on reducing carbon emissions from transport and has ruled that all new cars sold in 2040 will be hybrids or full electric vehicles, the NFDA expects its members to help speed the uptake of the new technology.

Stephen Latham, NFDA head of operations, told the Renewable Energy Association's EV Conference about its new Electric Vehicle Approved (EVA) scheme, which is a government-supported accreditation scheme for any motor retailers that meet a set of significant standards for retail and aftersales.

He said: “Franchised dealers play a crucial role in the supply chain of today’s market and will be instrumental to the development of the electric vehicle sector.

“In 2017, UK motorists who purchased a new or a used car made a total of 15 million visits to physical dealerships. Recent figures* show that despite the in-depth research conducted online, consumers visit physical dealerships more often than they used to."

Latham analysed current consumer attitudes towards electric cars and the challenges they face. He explained what are the main differentiators that are likely to have a positive effect on the uptake of electric cars. These include a wider range of electric vehicles, reducing costs, improved charging infrastructure and better clarity on government’s taxation and policies.

“Franchised dealers are aware that their business models will evolve to meet the fast-changing consumer demand.

"Dealers’ ability to support consumers during their EV buying journey will have a huge impact on the growth of the EV sector and, as a result, will allow the retail automotive industry to embrace the forthcoming changes and continue to thrive”.

*Research from the ICDP has shown the average number of times a buyer visits a dealership has risen from 1.2 to around 1.9 for the first time since buyers began extensive online research and reduced their traditional showroom visits.