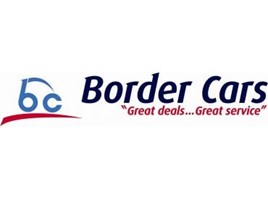 Border Cars has contacted its 200 employees to warn them that the business faces an uncertain future amid “financial difficulty”.

A report in Cumbria’s Times & Star newspaper said that Companies House had confirmed it had not “received filings to place into administration”, but an email seen by the publication suggested that such a fate was possible.

Border Cars has showrooms in Cumbria, Dumfries and Galloway and Ayrshire, including two in Carlisle, two in Dumfries, Workington, Stranraer and Ayr and issued an official statement, which was published by ITV today (July 9).

The statement said: “Unfortunately, the company has now entered financial difficulty. Although the situation regarding the company’s future is ongoing, correspondence has been made with the over 200 employees and the management team is committed to open communication with the well-valued staff.

“We understand this is an uncertain and difficult time for our employees, and we are doing our utmost to preserve jobs where at all possible.”

At the time the group said that it had motor trade turnaround consultants to help its return to profitability.