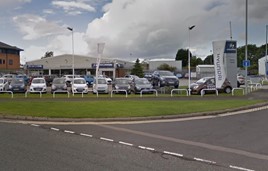 Read Motor Group has said that it overcame ‘”aggressive competition” in the new car retail sector to grow turnover and profit during 2018.

The results follow the group’s April 2018 expansion of its franchised relationship with Hyundai through the acquisition of Burrows Motor Group’s Doncaster business.

In a statement published alongside its annual results, a Read Motor Group spokesman said: “There continues to be aggressive competition in the retail vehicle sector with a consequent pressure on margins.

“However, Hyundai car sales in the UK continue to see growth and the Read Hyundai performance in the first six months of 2019 reflects this growth

“In addition, further national awards have been won by the group, with customer satisfaction levels being reflected in the financial results being achieved.”

The Society of Motor Manufacturer's (SMMT) recently-published new car registrations for July revealed that Hyundai Motor UK's growth appears to have stalled in 2019.

Read Motor Group currently operates from seven sites across Lincolnshire, Yorkshire, Nottinghamshire and Norfolk and increased its number of staff from 100 to 146 in 2018.

The family-run dealership was established in 2010 after managing director, Mike Read, acquiring the Hyundai franchise in Grimsby.

Read added a Suzuki franchise in the town in 2014 and this was followed by the addition of Read Hyundai Kings Lynn in January 2015 and Read Hyundai Worksop in 2017.