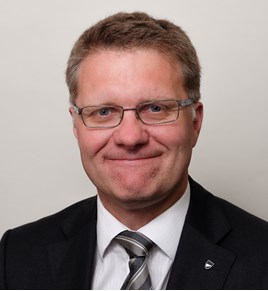 Vertu Motors chief executive Robert Forrester has said that he wishes he could “ban the BBC” among the group’s employees as he bids to block out Brexit negativity to focus on sales process.

Speaking to AM following the publication of a set of H1 2019 financial results, which revealed a 5.6% growth in total revenues (to £1.6bn) and a 4.9% increase in pre-tax profits (to £17.3m), Forrester said that blocking the negativity surrounding Brexit and perceived dips in customer confidence had become a primary concern.

“If I could ban the staff from watching the BBC I would,” he said. “Taking too much notice of the negativity out there is the last thing that we wanted the people in our business to do.”

Vertu increased its marketing spend in the face of declining consumer confidence, Forrester said, with a £600,000 year-on-year increase in spend during September.

Forrester claimed that the “gamble” paid off, with a 10.1% decline in new car units on a like-for-like basis counteracted by a 13.8% increase in fleet volumes and 1.6% rise in used volumes.

But central to Vertu’s plan was a bid to keep its sales teams focused on the job of selling cars rather than the negativity surrounding the UK’s decline in customer confidence.

Forrester said: “I believe it’s very easy, very lazy and very politically loaded to simply say that car registrations are down as a result of Brexit uncertainty.

“Our aims was to maintain our discipline and focus on process to ensure that we still sold cars and that has paid off.

"I don't think there has been a massive dip in consumer confidence. The main difficulty we've got is the value of Sterling and the cost of cars, which is forcing many potential customers to stay in their existing vehicle for longer, elongating the change cycle."

Forrester said that alongside his increased spend on marketing, a greater number of ‘mystery shoppers’ had been deployed into dealerships to ensure that sales executives were applying the techniques shared in an American e-learning programme that has been deployed across the group.

He has also invited high-profile guest speakers to address his employees in a bid to motivate and inspire their selling.

American motivational sales speaker Dave Anderson will address 600 Vertu Motors managers later this year, while the manager of Burnley FC, Sean Dyche, will address 125 general managers at a an event in November.

Forrester said: “Speaking to Sean Dyche recently I asked him what did you tell the players when you were really struggling to win matches last season and he told me ‘I said you’re not far away, there are just a few things that need tweaking. You don’t become rubbish overnight’. That really resonated with me.”

While Forrester refuses to concede that the consumer confidence is an issue that can’t be tackled by car retail in the short-term, he acknowledges that longer terms changes to the Vertu business will yield improvements.

In its H1 reporting period the group closed its Honda retail site in Retford, Nottinghamshire, as the Japanese brand carried out its plan to reduce its franchised network by up to 55 sites 'in next two to three years'.

Forrester said that pressure on margins would mean manufacturer were under increasing pressure to deliver a strategy that resulted in fewer, more profitable sites.

Vertu's H1 results statement said that its omni-channel retailing strategy and discipline around the allocation of capital, coupled with a net cash position, underpinned the its confidence in the future and the group has recently introduced a AI chatbot which is now handling 400 service bookings each month.

He also said that he saw fleet and van sales as “a much better bet” than the retail market following the group’s January acquisition of Vans Direct and this week’s recruitment of former managing director of Volkswagen Commercial Vehicles in the UK, Simon Elliott, as its new commercial vehicle director.

“In retail car sales we have concerns about emissions regulations, the cost of vehicles elongating the ownership cycle and whether small cars have a future at all.

“In the near-term I think our B2B channels and vans are a much better bet.”